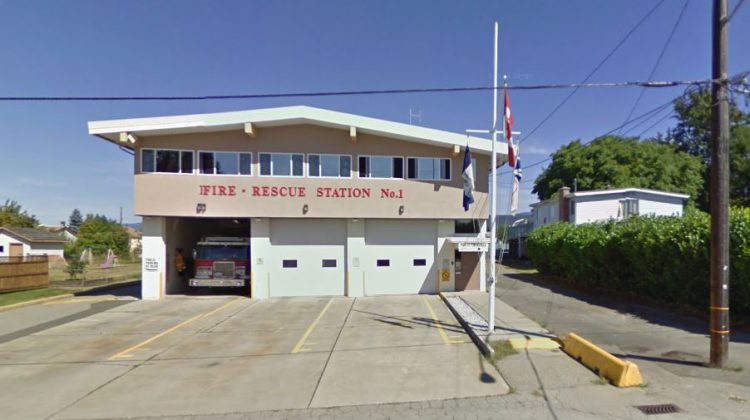 Earlier this morning, at approximately 6:30 AM, a Powell River RCMP officer on patrol spotted a residence on fire on the 7600 block of Duncan Street, at the Blue Mountain Mobile Home Park.

According to an RCMP release, the officer called for assistance and as Powell River Fire crews made their way to the scene, the officer attempted to find someone in the burning building. The smoke was too heavy and the mobile-style home was described as being fully engulfed in flames.

Another officer arrived on scene and a neighbor reportedly told police that a woman was likely to be inside the building.

Firefighters were able to locate and rescue the woman, who, according to reports, has limited mobility. The 40-year-old woman was flown to Vancouver by Air Ambulance in serious condition.

Police say that two dogs passed away in the fire.

The RCMP and Powell River Fire Rescue are investigating the incident.