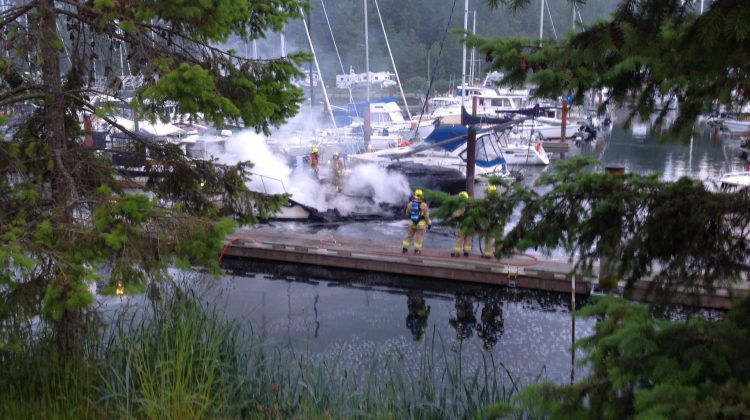 A man was taken to hospital after two boat fires at the Pacific Playgrounds Marina on the weekend.

Oyster River Fire Deputy Fire Chief Chris Murray says crews were paged out early Saturday morning and arrived on scene to find one boat fully engulfed in flames and a second one on fire.

The man aboard the fully engulfed boat was treated on scene and then taken to hospital.

Murray says they’re not sure of the cause of the fire, but some witnesses reported hearing an explosion before the fire broke out.

He says they would thank the public for their understanding while the marina had to be shut down so crews could deal with the situation.