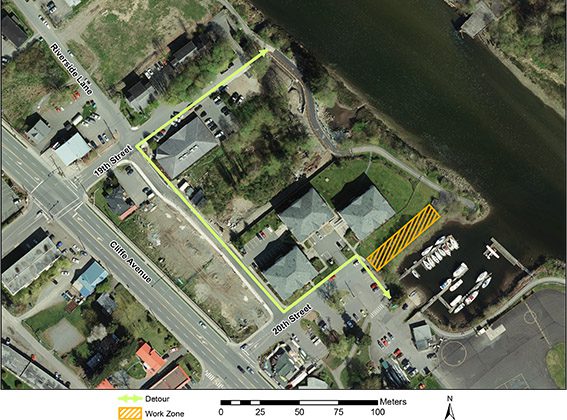 Crews will be on scene doing some routine work on the Courtenay river-way this week.

Starting Monday, June 12th, Manager of Transportation and Utilities – Maintenance Kyle Shaw says a new man-hole will be installed on the gravity system that runs down 20th Street.

Shaw notes there will be some minor disruptions to the river walkway.

“Right at around 20th Street, through to the 19th Street section – there’s a small section of pathway, that’s just going to be barricaded off. Flaggers will be on scene for safety reasons while construction is happening. We’re just asking [people] to go around and detour around on Cliffe [Avenue],” he says.

Shaw says the work is expected to be completed and the walkway re-opened by the end of the day on Tuesday, June 13th.