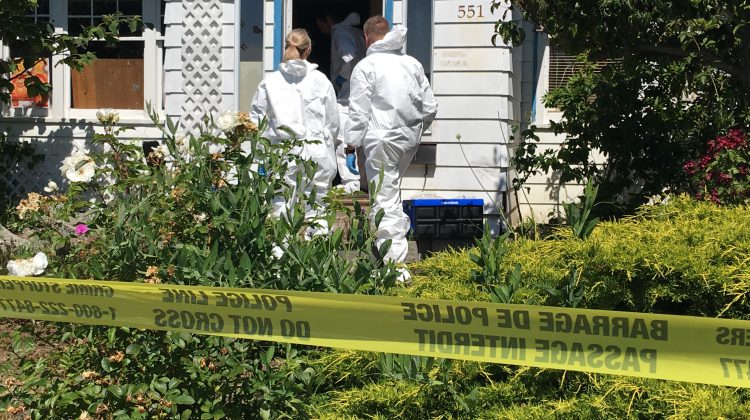 Investigators enter a residence on 6th street in Courtenay

A 37 year old man is in custody following what police are describing as a fatal incident in Courtenay.

Comox Valley RCMP was called out in the early morning hours on Friday to a residence in the 500 block of 6th Street in Courtenay.

A 25 year old male was found dead outside the residence.

The 37 year old was arrested and remains in custody as the investigation continues.

Police say the victim and suspect were known to each other.