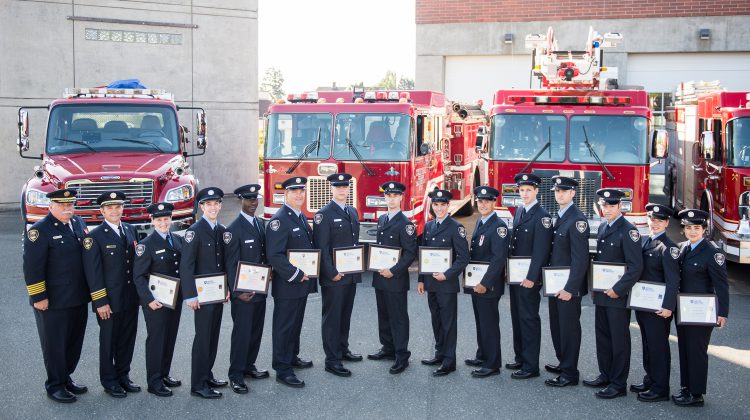 A group of volunteer firefighters in Courtenay have completed certification to be able to fight fires.

Henderson says it’s part of the training that all volunteer recruits have to complete. “You used to be able to just come to the fire department and we’d put you through regular training,” he says.

“However, now everything has to be certified. We put them into a systematic training program where they come out certified and work-safe compliant to fight fires.”

Two other volunteers have been recognized for their years of service.

Karen Campbell was recognized for her 10 years of service to the department, first as a firefighter, then as driver. Campbell is also nearing completion of the Fire Officer 1 Diploma.

Captain Lane MacDonald was recognized for 50 years of dedication and loyalty to the fire service. He began his career in Union Bay in 1966 before joining the Courtenay Fire Department in 1972.

The department’s training ground in East Courtenay was named in his honour in 2015.