Comox launches Keys By The Sea 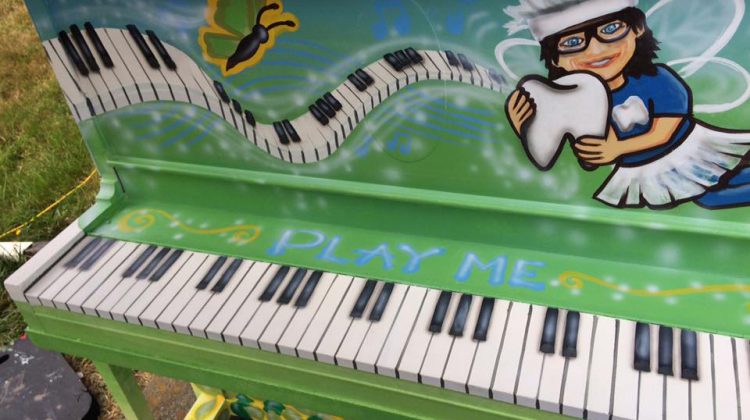 One of the pianos was donated by Dr. Bill Toews and is painted in a Tooth Fairy theme

Comox By The Sea has launched a new musical initiative

Pianos have been placed around the town for residents and visitors to sit down and play as part of Keys By The Sea.

President of the Comox BIA, Richard DeLuca says it’s something that has been done successfully in other communities and the board thought it would be a great fit in Comox.

One piano was donated by board member Dr. Bill Toews, which was painted with a tooth fairy theme. It will be located in the Comox Town Circle.

A piano donated by Audrey and Ray Craig will be placed at Marina Park and painted with an “above and below the water line” theme by artist Kelly Maguire and a group of kids from Comox.

A third piano is in Filberg Park and is being painted by professional animator and artist David Thrasher.

DeLuca says the Keys By The Sea would not have been possible without the piano owners, artists and others coming together to make it happen, including Comox Moving and Storage which donated its services to move the pianos into place.