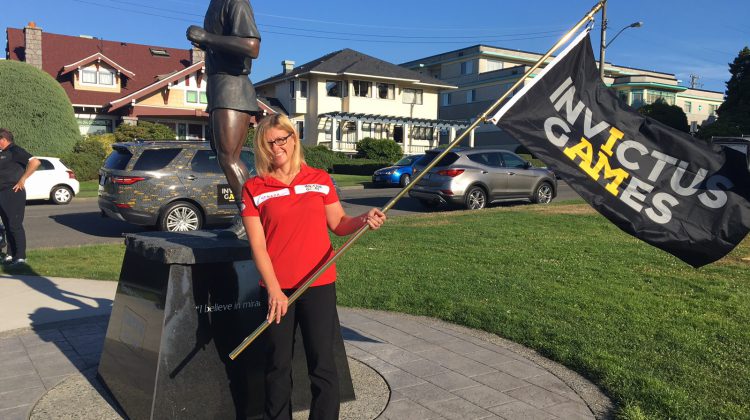 The 2017 Invictus Games go next month, and pay tribute to veterans and current military members.

Before the games kick off, representatives will travel across Canada as part of a National flag bearing tour, with one of the stops coming in Comox.

Resident flag-bearer and games competitor Tracy Howlett-Cooney says it’s an honour to be a part of the event. Her family’s deep-rooted history in the military was also a factor in her involvement, as well as her work with the Soldier On program.

“To be able to connect with people [and] interact and talk about how life is tough and that we can overcome with support, rehabilitation, willpower – we can move on [and] we can change minds and change lives.” During the games, Howlett-Cooney will cycle, row and play wheelchair basketball.

The flag will arrive in Comox on Thursday, August 17th before continuing on to
Nanaimo. The flag raising will go at the St. Michael & All Angels Protestant Chapel in Comox.

The Invictus Games start on September 23rd in Toronto.
For more on the games, visit http://bit.ly/24IWmuN.