Resident receives Freedom of the Town of Comox 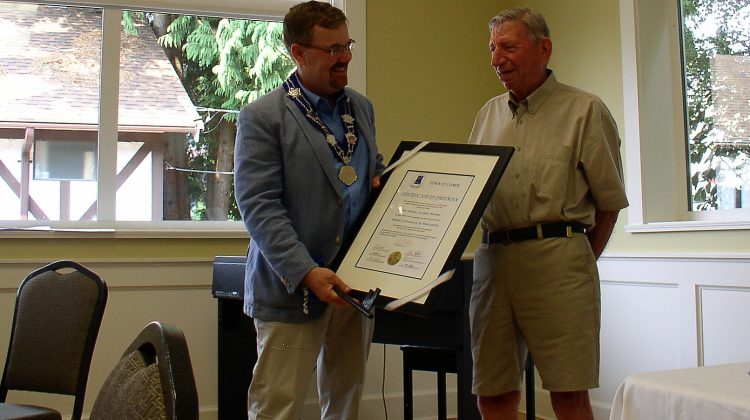 A prominent figure in the Town of Comox has been recognized for his years of service.

Mayor Paul Ives says the Freedom of the Town is the highest honour they can bestow to any citizen or organization. He says John Marinus is the latest recipient of the award.

“He was a member of the volunteer fire department for 37 years. He was also a Councilor in the town of Comox for 5 terms, 15 years in total. Even though he’s retired from those organizations, he continues to volunteer with groups like Rotary and PROBUS and the Legion as well.”

Ives says they kept the award a secret from Marinus, who was genuinely surprised when receiving the honour. Immigrating from Holland in 1953, Marinus has dedicated his time to giving back to Canada.

Ives says his popularity in the community has grown so much over the years, and he’s been dubbed “Mr. Comox” by fellow residents.

Former Freedom award recipients in the Comox Valley over the years include HMCS Quadra, 19 Wing and Stocky Edwards.