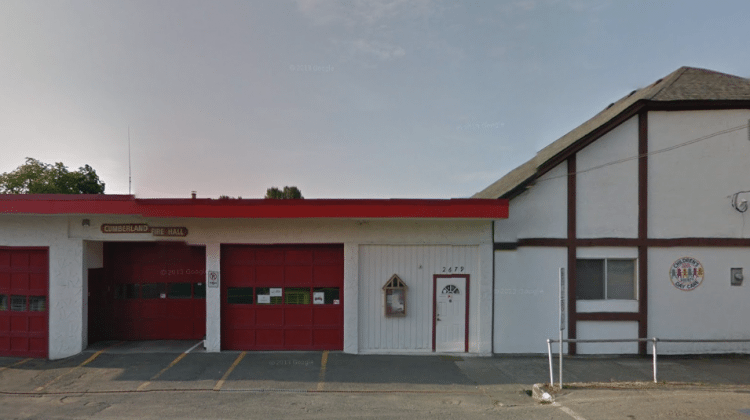 Cumberland Fire Rescue put out a blaze last night that could have gotten a lot worse.

Chief Mike Williamson says the incident happened along the Puntledge River, close to the dam site.

“It was pretty windy last night, with about 30 mile-an hour winds. A big tree came down on the 3 high-tension wires from the power lines and created a fire in the timber below,” he says.

“It was close to the end of Lake Trail Road, where there are some houses. They were without power all night.” Williamson says crews were able to pass through the residential properties to get to the scene of the fire. Once they set up, BC Hydro crews arrived quickly to cut the power. Crews were able to have the fire out within an hour.

Residents have since had their power restored. Williamson says one crew member injured his ankle, but no serious injuries were reported in the incident.

He notes the fire could have been a lot worse, but is thankful that the blaze didn’t spread. He reminds residents to be vigilant, especially going into the long weekend, and to remember that there are still dry conditions and one little flame could spark up a bigger fire.