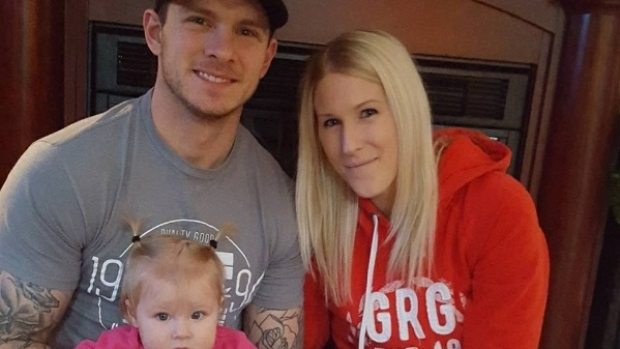 Photo of the Godfrey family

A Courtenay man who was severely injured during a softball game on August 19th has passed away in hospital.

32-year-old Chris Godfrey was playing in a charity tournament at Lewis Park when a ball hit him in the back of the head during a play on first base. The father and husband was airlifted to Victoria General Hospital where he underwent brain surgery. He had been on life support ever since.

Following the incident, helmets have been made mandatory for all players of all ages in the Comox Valley Slopitch League. Other leagues on Vancouver Island are now looking to adopt a mandatory helmet rule.

A GoFundMe page was started to support Godfrey and his family. So far, more than $33,000 has been raised.