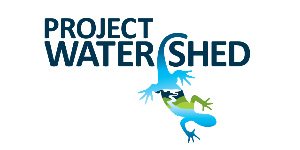 Project Watershed is working alongside the K’omoks First Nation on restoring the old Field Sawmill site, now known as Kus-kus-sum.

Chairman of the Board of Director for Project Watershed, Paul Horgen, says the Keeping it Living Campaign is something they’ve been running since 2010, but this year it’s serving as a fundraiser to help out the old Sawmill site’s restoration.

“The goal of the project is to restore that old site back to its natural state, which is salt-marsh shoreline with trees in the upper riparian area.” Horgen says they need to raise over $6-million to complete the project.

“They say we need to get funds both for the cost of the property and for the extensive restoration that has to occur. We’ll be going back to the committee numerous times over the next several years and writing all kinds of grants to Federal, Provincial and even International agencies as well as private societies that have funding opportunities.”

A fundraising kick-off event is being held Thursday evening from 5 until 6:30 PM at the Old House & Spa in Courtenay to collect funds for the sawmill restoration. For more on the project, visit: projectwatershed.ca.