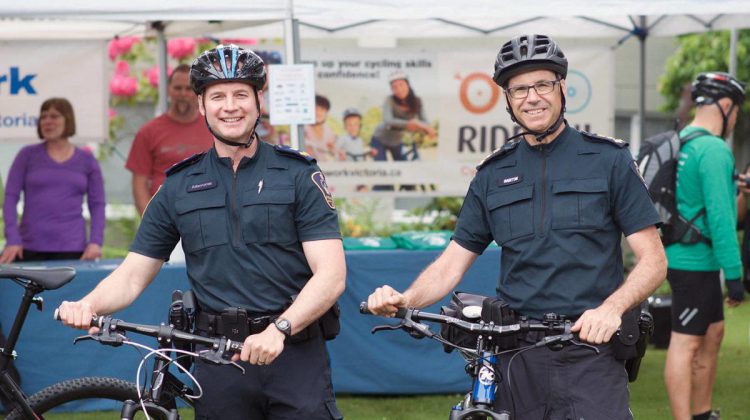 A Vancouver Island police chief is recovering in hospital after being struck by a deer.

Oak Bay’s Andy Brinton collided with a deer while riding his bike on Salt Spring Island on Sunday morning. The deer ran out from a forested area along the paved road Brinton was riding on.

The impact was severe. Brinton was knocked to the ground, resulting in a broken clavicle and several broken ribs.

The Chief underwent surgery in Victoria on Monday night and is expected to make a full recovery.