What’s Next for James Flawith? 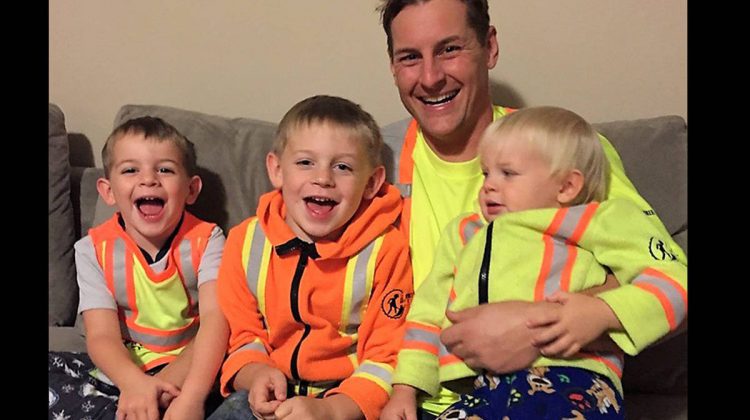 If you’re a fan of the hit television show Dragon’s Den, then you may recognize the name James Flawith.

The Comox entrepreneur and father is the developer of Lil’ Worker Safety Gear, a line of safety clothing with reflective strips specifically designed for children.

He wanted to find gear for his young ones, but couldn’t find any heavy-duty gear online, so he decided to develop it himself.

Recently, Flawith appeared on an episode of Dragon’s Den to pitch his product. 2 nights of no sleep beforehand and lots of hard work paid off, as Flawith’s pitch was successful. By episode’s end, he was shaking hands with Dragon Manjit Minhas.

“Right now we’re dealing with [Minhas] and her people and we’ve been going through quite an extensive due diligence process. I still haven’t received any funding from them but I’ve kind of plowed on on my own to try to keep kids safe. I’ve got some new products coming out in the fall.”

Flawith says he’ll be at Nanaimo’s Woodgrove Centre from October 23rd to the 29th to sell the Lil’ Worker Safety Gear in person and to meet residents who caught him on the show. He adds that he’ll also be stopping by closer to home, at Courtenay’s Driftwood Mall in December.

He’s looking to get feedback on if he should solely sign online or sell the product in person, whether it be on special occasions or in a store-front.

Until then, Flawith, who runs Precision Tree Services Limited, continues to promote safety.

“We have Fall conditions now. There’s rain and dark conditions, so just be extra cautious when you go out to walk near the roads or when you’re driving,” he says.

“Be seen to be safe, be aware and understand the hazards of the road.”