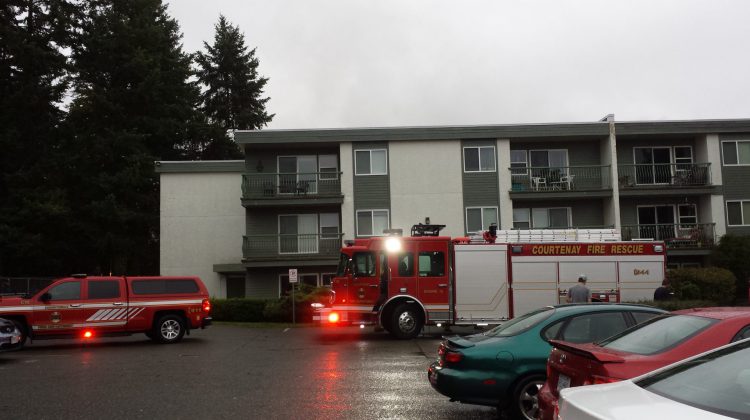 The incident occurred in a unit in the building located off of Back Road in Courtenay. Greg Lamb of the Courtenay Fire Department says one man was inside the second floor unit. He was taken to hospital by BC Ambulance Service. Crews quickly arrived on scene as the building was evacuated.

Prior to their arrival, two residents reduced some of the flames using an on-site hose.

Lamb says they believe the fire was accidental. Crews continue to investigate what caused the blaze.