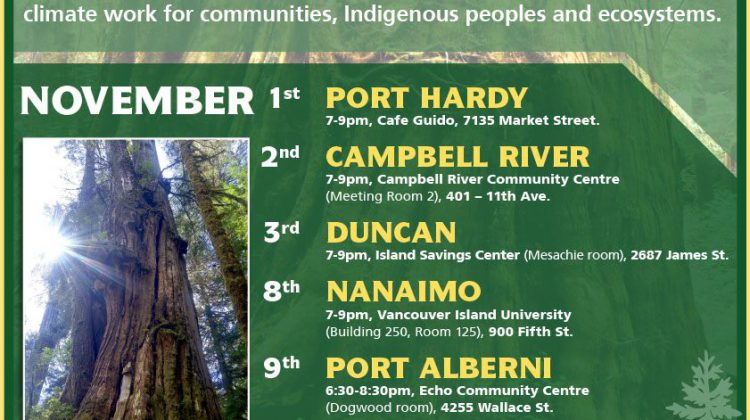 The Sierra Club of BC and Wilderness Committee are touring the Island to discuss issues affecting provincial forests.

Committee spokesperson Torrance Coste says the big problem from an ecological stand-point is the lack of old-growth forests.

He says original forest that’s never been logged now exists at low elevation on less than 10% of the Island.

“If we haven’t got to it yet, it should be set aside. These forests have more value standing as habitat for endangered species, as medicine and resource stores for indigenous cultures and as we face greater and greater threats from climate change, these forests are the best in the world at absorbing and storing carbon from the atmosphere, keeping it on the earth’s surface rather than in the atmosphere where it threatens everyone in the world.”

The Let’s Talk Forests campaign has made stops in Port Hardy, Campbell River, Duncan and will be in Courtenay on November 10th.