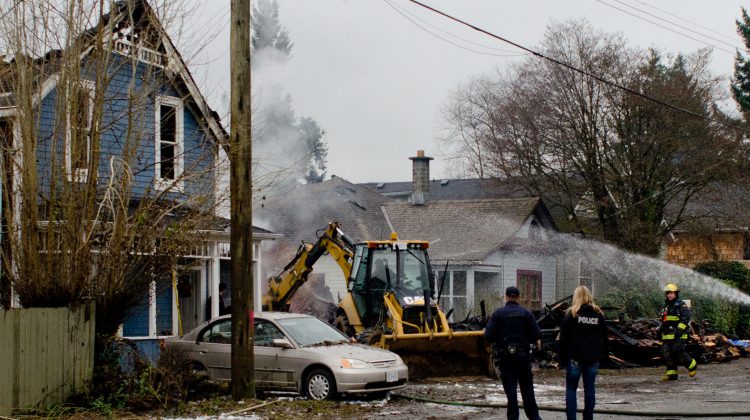 CUMBERLAND, B.C – Officials have confirmed the death of a man who went missing after a destructive fire in Cumberland.

According to Craig Windley, the Deputy Fire Chief of the Cumberland Fire Department, the B.C Coroners Service was called to the scene of the three-house fire on Saturday.

The fire had taken place in the 2700 block of Penrith Avenue, near the centre of the village. The blaze consumed the home where the fire started, and spread to two nearby houses. Two cars also caught fire, while the overhead power lines were burnt off.

One man was missing after the fire was put out.

On Monday, Constable Rob Gardner of the Comox Valley RCMP confirmed that the man’s body was found at the scene, and the investigation is now being handled by the coroner’s service.

The cause of the fire remains undetermined, and the home where the fire began is unsafe for investigators to enter due to the burnt structure.

Officials have not released the man’s name.