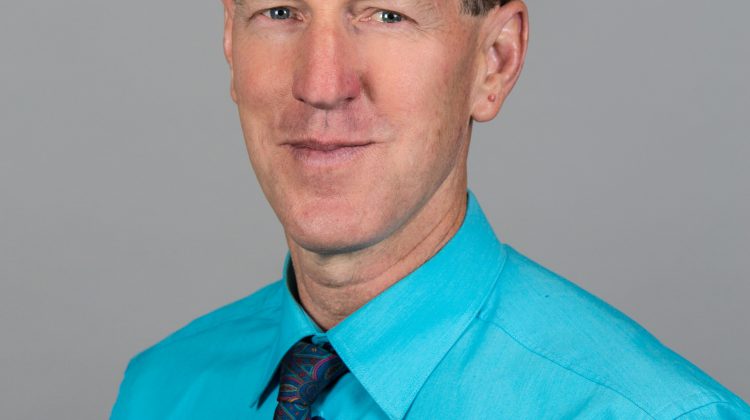 Photo of Russell Dyson, CAO for the CVRD. Image supplied by the CVRD.

The advertisement was included in the Dec. 12 issue of the paper, and was a “false front”, which mimicked the makeup of a regular news article. In it, 3L Developments took issue with the way they said the CVRD had handled a development application.

The application was for a stretch of land between the Brown River and Puntledge River, which 3L has been seeking to turn into a new development since 2006. The parcel holds the Stotan Falls, a popular spot for Comox Valley residents swimming in the rivers.

The initial attempt by the company for approval had been unsuccessful, prompting a court battle between 3L and the CVRD. It ended with the district being compelled by the court to examine the proposition.

In the ad, 3L indicated they felt frustrated at the pace of the application’s progress, describing the past 11 years as “stonewalling”, among other terms.

According to Russell Dyson, the Chief Administrator Officer for the CVRD, 3L’s development is not currently included in the overall plan for growth in the Comox Valley.

Back in 2011, a “Regional Growth Strategy” was adopted by the CVRD, along with the other communities in the valley. Areas of future expansion were identified in Saratoga Beach, Mount Washington, and the Union Bay area.

The land around Stotan Falls was not included as an area of future growth.

Dyson indicated 3L’s application will now be heard by the CVRD board in April, as they consider whether or not a change to the growth strategy would be a “major or minor amendment”. He also dismissed 3L’s claims of stonewalling by the CVRD.

“The regional district will consider any zoning, rezoning, regional growth strategy or other application, in a fair, honest, upfront way,” said Dyson.

“Decisions of that nature are made by the Regional Board, not be the employees, but the employees are here to ensure that we process applications and bring them forward for the due consideration of our regional board. We will ensure that a fair process is provided.”

A preliminary report will be coming to the board in January, with a decision on the amendment coming in April. As for any more ads from 3L, Dyson indicated that wasn’t his choice to make.

“That’s up to the paper,” said Dyson.