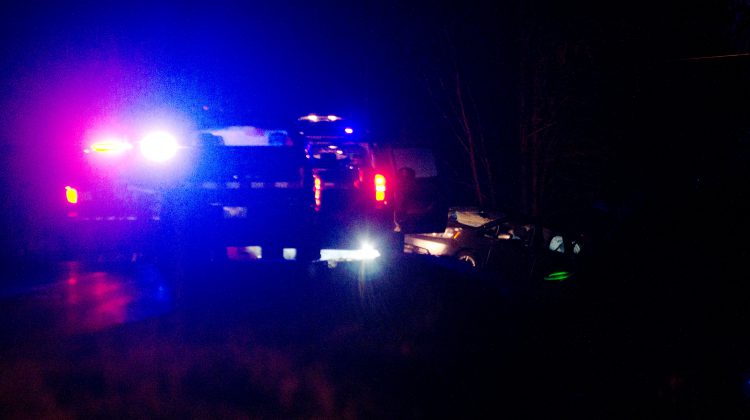 A damaged vehicle is examined along the Old Island Highway after a collision on Dec.21, 2017. Photo by james Wood/98.9 The Goat/Vista Radio

UNION BAY, B.C- A late night crash has shut down Highway 19a.

According to Drive BC, the route was closed in both directions around ten kilometres south of Royston, due to a vehicle collision.

Eyewitnesses near the scene of the crash indicated that it was a head-on collision between two vehicles, with one of the drivers involved later being arrested by police.

While official information about the crash is not yet available, an eyewitness told 98.9 The Goat that alcohol was believed to be a factor, after the driver who was arrested initially fled the scene.

He later returned, and is believed to have been taken into custody.

There is no official word on what took place, and as of 12:30 a.m. RCMP officers remained on scene investigating the crash. Drivers were told to detour via the Comox Valley Parkway or the Buckley Bay connector, with the estimated time of re-opening placed at around 3:00 a.m.

As official information becomes available, this story will be updated.