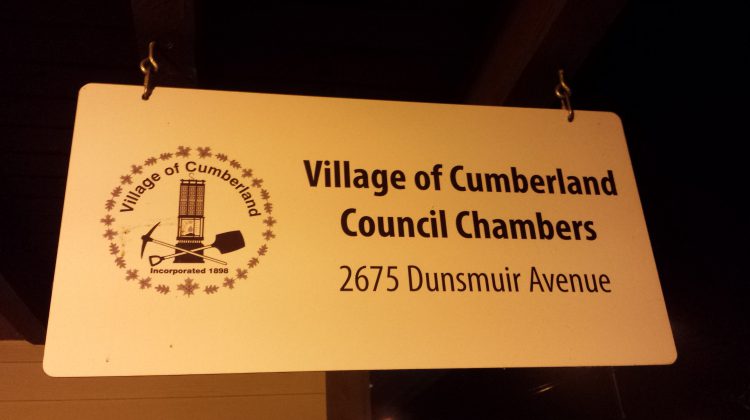 CUMBERLAND, B.C.- The Comox Valley Chamber of Commerce has sent a letter to the province regarding a proposed governance review of the Comox Valley.

Cumberland council discussed the letter, which was sent to Minister of Municipal Affairs and Housing Selina Robinson on Dec. 11th, at its Jan. 8th meeting. Councilors are not too pleased with what was included in that letter.

It states that signatures have been collected from over 10% of residents in each of the three municipalities and electoral areas in the Comox Valley (Courtenay, Comox, Cumberland, and the Comox Valley Regional District) to support a governance review.

“Even though we were able to collect a 10% representation of Cumberland voters, we were unable to gain support from the village council,” the letter reads.

“No one has spelled out exactly what this review would actually do,” said councilor Roger Kishi.

“I have asked the questions of what this review is going to do and what are the terms of reference of it, and to date I have not heard an answer to that.”

Kishi suggested that since the Chamber has made the direct appeal to the Minister, the Village should write a letter to the Minister explaining the reasons for why they did not support the review.

Councilors Jesse Ketler and Sean Sullivan agreed with Kishi to write a letter. Councilor Gwyn Sproule was absent from the Jan. 8th meeting.

Mayor Leslie Baird brought up the issue that MLA Scott Fraser was not included in the letter. Fraser represents the riding of Mid Island-Pacific Rim, which includes the Village of Cumberland.

Ronna-Rae Leonard, MLA for Courtenay-Comox was CC’ed on the letter.

“I agree that we need to write a letter, but I’d also like it to be CC’ed to the Premier,” said Baird.

“He has spoken a number of times against this, so I think he should be well aware of this.”

At the meeting, council decided to write a letter to Robinson, regarding their position on the Comox Valley governance review.

The letter would be CC’ed to Fraser, Premier John Horgan and neighbouring municipalities.

Speaking with 98.9 the Goat, Chamber of Commerce CEO Dianne Hawkins admitted she had forgotten about the Mid Island-Pacific riding, which was created just last year.

She said she would speak with Leslie Baird and council to clear things up, and write a letter to MLA Scott Fraser to address the mix-up.

“The ultimate goal is to ask the province to do a review of how our municipalities and regional district are governed within the Comox Valley,” she said.

Hawkins noted that full council support is not necessarily needed for the review to be done.

“We do have the support of the (Comox Valley) Regional District, the Town of Comox and the City of Courtenay, and the letter was sent to Cumberland as a heads up to let them know that the Chamber of Commerce had still gone forward in requesting that the province consider doing a review of how the municipalities and regional district are governed in our community,” she said.

“Now we wait for the Minister’s office to contact the Chamber of Commerce and let us know that they received the letter and what, if any, next steps are needed to be taken on behalf of the chamber.”

Hawkins noted that 88 per cent of business leaders in the community supported a governance review.

She said she is looking forward to what the province has to say on the matter. She invited anyone with further questions to contact the Chamber of Commerce.