No injuries after two-vehicle collision in Courtenay 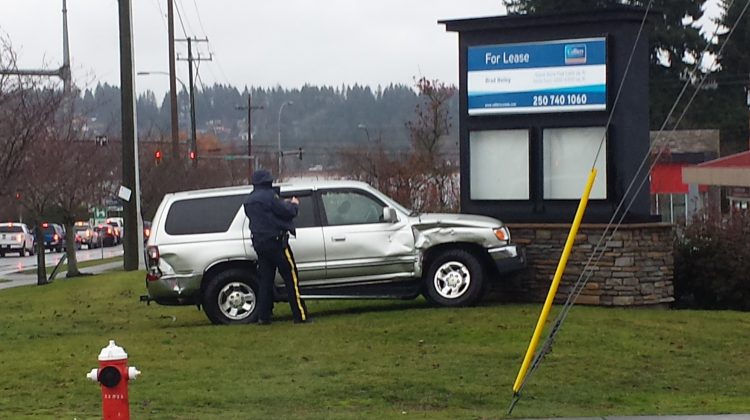 An RCMP officer takes photos at the scene of an accident in Courtenay on Jan. 11, 2018. Photo by Justin Goulet/98.9 The Goat/Vista Radio.

The incident occurred after 1:00 p.m. at the intersection of Kilpatrick Avenue and 29th Street.

Courtenay Fire Chief Don Bardonnex said he isn’t too sure exactly what happened, but noted that there were no serious injuries.

It appeared as though one vehicle was hit, causing it to smash into a shopping complex sign.

Bardonnex said both vehicles involved were damaged and could no longer be driven.