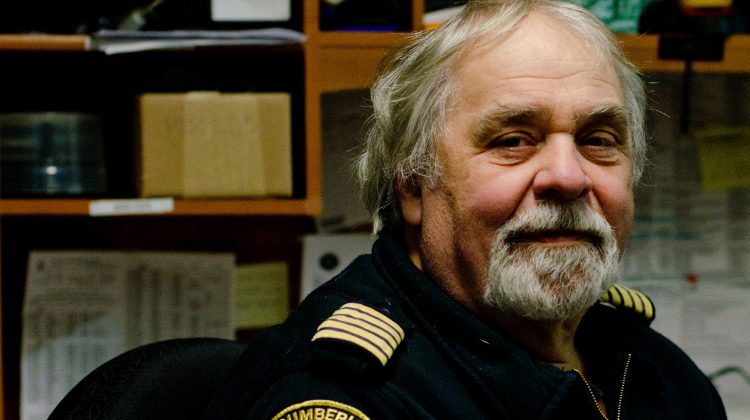 Cumberland fire chief Mike Williamson is pictured in his office in the current firehall building. Photo by James Wood/98.9 The Goat/Vista Radio

CUMBERLAND, B.C- A new fire hall for Cumberland is one step closer to construction.

Last week, the village council approved a report aimed at figuring out what the community should do in order to replace its current set of public buildings. A major component of the report dealt with the plans for the current Cumberland fire hall, which was built back in the 1960’s.

Cumberland fire chief Mike Williamson told 98.9 The Goat that the current building wouldn’t be able to stand in the event of an earthquake, and didn’t meet current requirements from WorkSafe BC.

“At the moment, we can operate out of this building safely, but in an earthquake, they tell us it’s not going to hold up,” said Williamson.

Williamson said the building is built on a bank made of fill, using unreinforced cinderblocks. The expectation for the hall in an earthquake is a collapse, down the side of the bank.

“In the event of an earthquake, we would be in big trouble here,” said Williamson.

A crack, which can be seen on the sidewalk outside the building’s entrance, extends into the middle of the firehall. It runs into the lower bays, and along the upper levels of the structure. 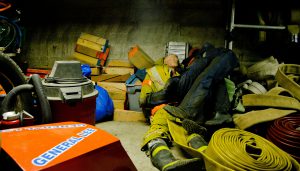 A crack can be seen in the basement of the Cumberland fire hall, which is being used for storage. Photo by James Wood/98.9 The Goat/Vista Radio

“The way it runs up through the building, through the header, is the major part of it,” said Williamson.

The height of the hall entries is also becoming a problem.

“In that time, fire trucks were not very high, nine feet high or whatever. Now, fire trucks are over ten feet or 11 feet high, or higher. We have to fix the doors anyways, just to get the new engine into the hall.”

Despite the current structural issues, Williamson is feeling optimistic about a new building. He said the last two village councils have been “serious” about the issue, and with land purchased, the project is onto the design phase.

According to the report, which echoed the earthquake problem, the construction of a new fire hall is planned for the next two years. Afterwards, the current building would be converted over to new chambers for the council. The process of construction and move-in is scheduled to run until 2021.

“The big thing we’re looking for is not so much the whole, brick and beam firehall, but we want square footage,” said Williamson.

“We do everything, from rescue, to a boat on the water. We have all the trails out behind Cumberland to rescue, we have a wildfire trailer and a protection trailer. We have a lot of equipment, so (we need) a lot of square footage.”

The new hall will be built at the corner of Cumberland Road and Primrose Street.