Walk Off The Earth heading to MusicFest 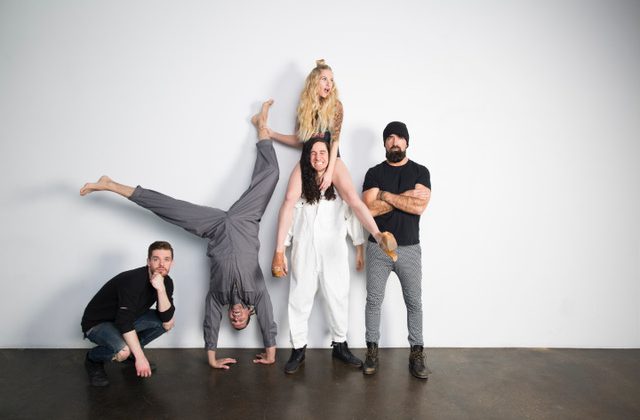 A supplied photo of Walk Off The Earth.

COURTENAY, B.C- A major Canadian band will be performing in the Comox Valley this summer.

According to a news release issued by MusicFest, Walk Off The Earth (WOTE) will be performing at the annual festival on July 13, 2018.

“WOTE was the biggest surprise hit we’ve had at the Festival,” said Doug Cox, MusicFest Artistic Director, in the release.

“Our younger audience certainly knew who they were before they arrived at the Festival but the band quickly won over the hearts and ears of our entire audience. They are a great fit for our Festival and we’ve had more requests to bring them back than any band we’ve ever had at MusicFest.”

Band founder Gianni Luminati Nicassio was pleased to be headed back to the Comox Valley this year.

“When we heard the Vancouver Island Music Festival was looking for a headliner in 2018, we were very excited that we would get to play there again,” said Nicassio, in the release.

“We had such a good time 5 years ago. The island is beautiful, the people beyond friendly, the fishing amazing and it was my first son Giorgio’s first ever concert.”

The band is based in Burlington, Ontario, and first gained fame through a viral video interpretation of Gotye’s “Somebody That I Used To Know”, with all members playing one guitar. They’ve since released multiple original songs and albums while touring the country.

For tickets, artist announcements and festival information go to www.islandmusicfest.com .