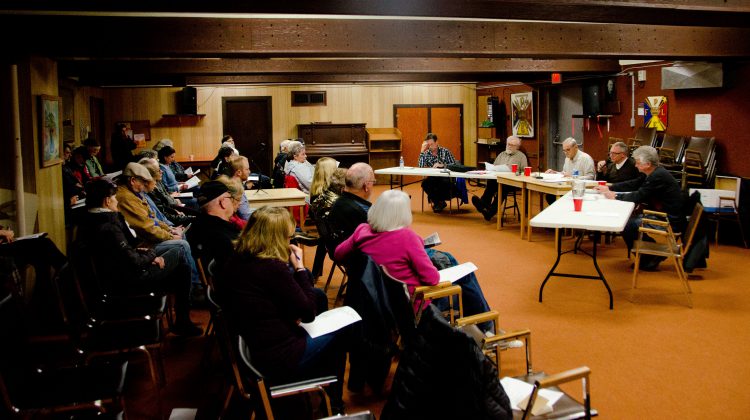 During the Jan. 18 meeting of the Union Bay Improvement District (UBID) trustee board, administrator Gordon Mason delivered a report to the assembled trustees about planned logging near Langley Lake, which serves as the source of drinking water for the residents of the district.

Trustees and residents have been publicly voicing opposition to the plan, and Mason mentioned discussions between Island Health and the UBID on the subject. During his report, he also stated the UBID had the support of K’ómoks First Nation in trying to get the logging stopped.

“We’re working as hard as we can to try and get a buffer zone of land around the lake, so that we can protect Langley Lake and the watershed,” said Mason, after the meeting concluded.

“We don’t want it (the logging) to happen. We would prefer that we can work with the government and be able to get some kind of a moratorium to begin to do a proper study of the impact of logging around Langley Lake.”

He stated the UNID is now working towards getting a meeting with Mid Island-Pacific Rim MLA Scott Fraser on the matter, and a meeting with Island Timberlands is also scheduled towards the end of the month.

He did not have the exact date to hand when asked.

According to information discussed at the meeting, the company plans to conduct their logging in the fall.