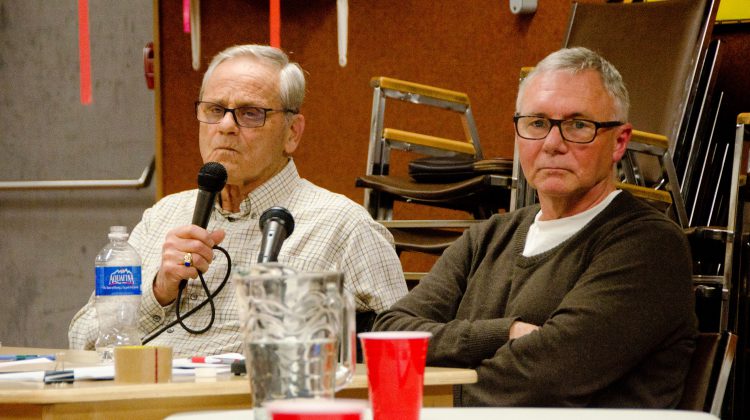 UNION BAY, B.C- The possibility of the Union Bay Improvement District (UBID) joining another local government has been placed on hold.

Earlier in 2017, the district’s board of trustees had passed a motion calling for the UBID to send a letter to the Comox Valley Regional District (CVRD), asking for a study about whether or not the UBID would join the other government.

While the motion passed at that meeting, the matter was not discussed during the subsequent gathering on Dec. 14.

Discussion around the trustee table indicated that it would be discussed at their next meeting instead. In the meantime, the CVRD hadn’t had any formal word from the UBID board about their potential merger.

“If they wish to join the regional district, that’s possible, we just need them to make that request,” said Russell Dyson, the Chief Administrative Officer of the CVRD, speaking with 98.9 the Goat in December.

“We would ask the province to fund a study that evaluates it.”

At the time, Dyson said the possibility of joining the CVRD would ultimately be up to UBID ratepayers.

The matter came up once again at the latest meeting of the UNID board on Jan.18, during which the district’s administrator Gordon Mason told the assembled trustees and residents that he had been in discussions with the province’s Ministry of Municipal Affairs about the proposal.

Mason stated that there were three options for the UBID, with one being a move to a municipality, another being a merger with the CVRD, and the third staying the same.

He also stated that the province had told him that the main priority for the UBID was the construction of a new water plant, which would come before any study of a change for the UBID.

During the discussions on the subject, a continual concern voiced by Mason, trustee Rick Bitten, and chairperson Peter Jacques was the possibility of time and money being spent on the study, instead of what they saw as the main issues of water billing and plant construction. Trustee Jim Elliot disagreed with that viewpoint.

Eventually, a motion came forward from Bitten asking for the trustees to support Mason’s approach to the merger issue, which would mean a letter wouldn’t be sent to the CVRD regarding the process. It passed 2-1, with Bitten and trustee Glenn Loxam voting in favour, and Elliot against.

However, the question of a merger was not put aside entirely.

According to Mason, he’ll be meeting the CVRD next week to talk about general issues, including “different options” for Union Bay.

“That’s what the whole motion was about,” said Mason.

“We have three priorities right now, have good water for residents, build a water treatment plant, and put in a new billing system. Our current system is outdated and is giving us nothing but issues. When I have the opportunity in between there, we’re going to look at the three options that I talked about.”

As for what he will do if the CVRD tells him a study won’t take any of his time or cost the UBID any money, Mason said he wanted to wait until he had “facts and strategic information”.

“When I meet with the CVRD and we establish what the alternatives are, then we’ll look at the options then,” said Mason.

“We don’t know if it’ll cost any money, or take any time. Like I said, I will listen to what they have to say, we will listen to it from a strategic perspective, and the timelines that are available for us.”