Committee working on new path along the Dyke road 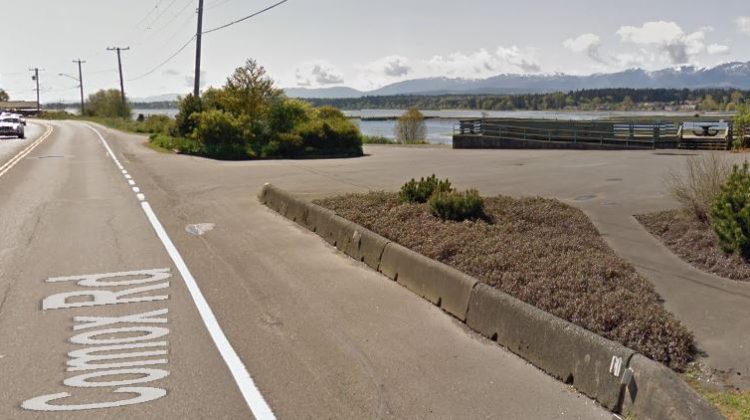 A bike/multi-recreational pathway is being proposed for Comox Road. Photo sourced from Google Maps.

COURTENAY, B.C.- A Courtenay councilor is working to get a bike and walking path installed along Comox Road.

David Frisch, who also serves as the Chair of the Integrated Regional Transportation Committee, said he’s drafted up plans for a multi-recreational trail along the route, commonly known as the Dyke Road.

“It is a major transportation route for people between Courtenay and Comox,” he said.

“It doesn’t have any non-motorized lane-ways or any infrastructure for people other than cars, so we think it’s an ideal place that can accommodate other types of transportation and recreation.”

Frisch explained that there would be a buffered, non-motorized lane right beside the roadway.

“So you have car lanes, going both directions, and then on either side you have a non-motorized lane that’s about a metre and a half wide and it has a bit of a painted buffer zone between it.”

He added that on the ocean side, there would be a crushed gravel pathway, that’s a couple metres wide and would span the whole Dyke Road, essentially creating a walking trail along the water for residents.

“This has been an idea that was brought forward by the Comox Valley Regional District, I think it’s been in the works for a couple of year,” he said.

“Last year, they decided to create this select committee who would actually take in all the information. We started from scratch, we’ve been working on it for a full year and we said ‘if we could do anything, what would it be’ and then we slowly widdled it down with all the challenges and information (and) we got to this particular vision.”

Frisch noted that nothing is set in stone yet, as the committee is still looking for endorsement from local councils and the K’omoks First Nation.

He said once that is received, the preliminary design process can begin.