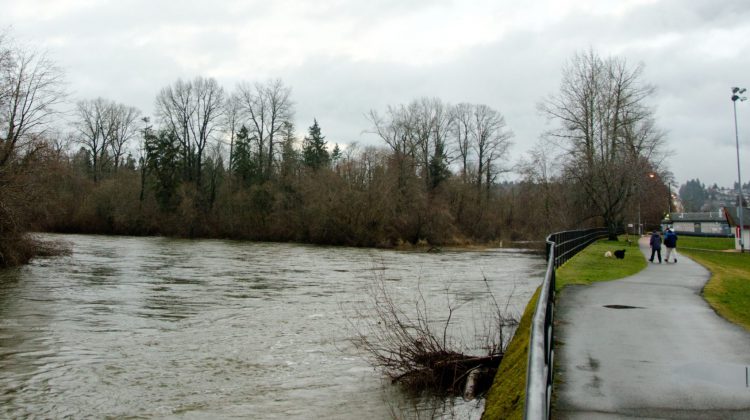 COURTENAY, B.C- A flood watch for the Comox Valley area has been downgraded.

The advisory is in effect for Eastern Vancouver Island including the Tsolum and Oyster rivers and tributaries around Campbell River, Courtenay, and Comox.

A notice from the centre stated that the Tsolum River peaked earlier this morning at 120 cubic metres per second. The flow is expected to remain elavated today, but significant additional rises are not expected.

The recent heavy rain is to blame for the higher water levels with more rain coming in the forecast for the week.

The River Forecast Centre is monitoring the situation and will issue more updates as needed.