One taken to hospital after Courtenay collision 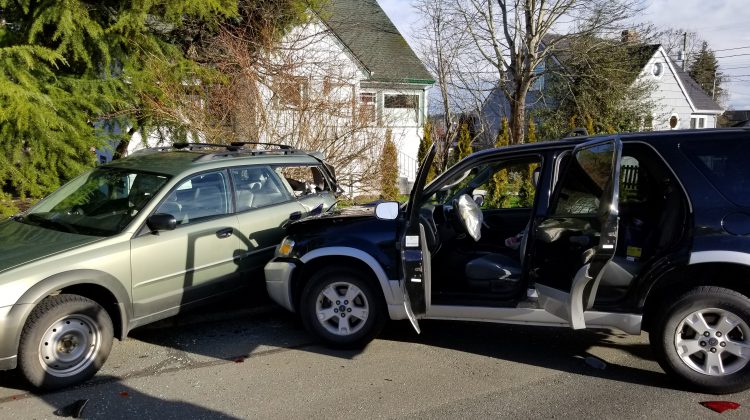 A vehicle collided with a parked car in Courtenay on Jan. 29, 2018. Photo by Justin Goulet/98.9 The Goat/Vista Radio

Deputy Fire Chief with the Courtenay Fire Department, Kurt MacDonald, said one larger vehicle collided with a parked car just outside of the Ichiban Sushi restaurant on Fitzgerald Avenue. 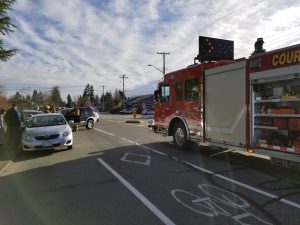 Fire crews and RCMP respond to the scene on Fitzgerald Ave. on Jan. 29, 2018. Photo by Justin Goulet/98.9 The Goat/Vista Radio

The parked car was bumped into a third vehicle that was parked in front of it as a result of the initial collision.

The female driver that caused the collision was taken to hospital with minor injuries. She also had a dog in the vehicle, but MacDonald said the dog was uninjured.

Courtenay Fire and the Comox Valley RCMP responded to the scene.