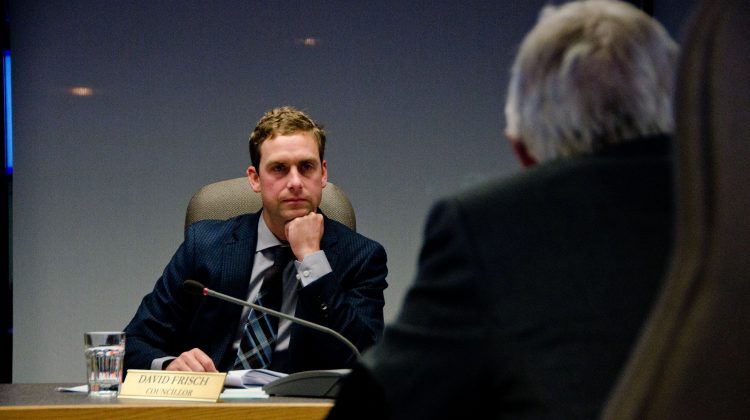 COURTENAY, B.C- A second attempt at forming a committee aimed at speeding up housing development in Courtenay has been defeated by city council.

The move was made by Councillor David Frisch at the latest committee of the whole meeting on Monday afternoon. Frisch proposed that municipal staff come up with the terms of reference for a committee that would make recommendations on development planning, development applications, and the subdivision review process.

Staff would have prepared the proposal for the first meeting of council in February.

The proposal was similar to one put forward by Mayor Larry Jangula on Dec. 4, 2017.

Under Jangula’s plan, staff would have been directed to evaluate all housing development applications currently working their way through City Hall. The establishment of a committee of three elected officials, including Jangula, to review submissions which had been in the system for over 90 days, also would have been put in motion.

A second, joint committee, made up of Jangula and one other elected official as well as city staff and the Comox Valley Development and Construction Association would have also been formed, aimed at discussing and resolving matters “concerning project approvals” while reducing project costs.

Both Jangula’s motion and Frisch’s were not successful at the council table.

During discussion on Monday, the assembled councillors discussed the idea at length. Both the intentions of Jangula’s original plan and it’s lack of support came up, with councillor Eric Erickson apologizing to Jangula for his lack of support in December.

Council eventually decided to wait until the completion of a staff report on the housing issue in Courtenay.

The report, which stemmed from a motion made by Councillor Bob Wells during the meeting on Dec.4, 2017 following the defeat of Jangula’s proposal, is expected sometime in February.

Despite his plan’s defeat, Frisch said he wasn’t “overly disappointed” by what had happened.

“The fact that it was defeated, it doesn’t bother me that much,” said Frisch.

“At least we can move forward now, knowing that all the viewpoints (of council) are out, and staff understand what we’re looking for.”

As for Jangula, he believes council members have been getting feedback from residents about the housing issues in the community, which prompted the motion on Monday.

“I believe that members of council have had some input from people on the street, and have heard things that concern them,” said Jangula.

He also said he thinks councilors feel they made a mistake, back in December.

“I guess I can say, why didn’t you people listen to me when I brought it up? You’re repeating a lot of the things I’m saying, and making it your motion. I guess I’m a little frustrated, let’s put it that way. I think this would have been handled much more smoothly if they simply would have brought it on the table willingly (in December) and discussed it.”

Jangula expects the housing report in the next two to three weeks.