3L not planning to raise or lower Stotan Falls tolls 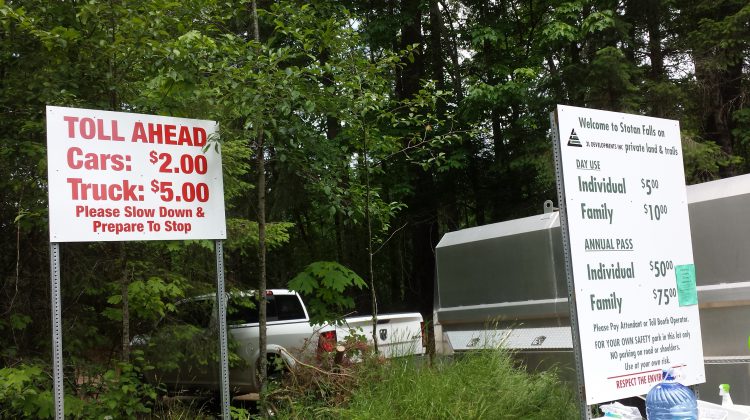 COURTENAY, B.C- Controversial road tolls will be staying in place near Stotan Falls in 2018.

According to Caroline Nestor, the Public Relations Manager for 3L Developments, the company’s toll booth will be staying in place until the company “moves forward” with the Comox Valley Regional District (CVRD).

3L has been seeking to develop a residential area near the Stotan Falls, with the CVRD disagreeing with their plans.

Back in 2011, a “Regional Growth Strategy” was adopted by the CVRD, along with the other communities in the valley. Areas of future expansion were identified in Saratoga Beach, Mount Washington, and the Union Bay area.

The land around Stotan Falls was not included as an area of future growth.

The company put the booth in place along Duncan Bay Main Road back in April of last year, near the falls, with the aim of cleaning up and maintaining the old logging road. Cars had to pay $2.00 to pass the road, while trucks cost $5.00.

According to Nestor, there are no plans to raise, lower, or otherwise change the tolls.

“We have no plans to change the toll rates,” said Nestor.

“Everyone knows, including the regional district (CVRD), that that area should be a park. It’s spectacular. We all agree we’re in a severe housing shortage here, due to the local bureaucracy of our government.”

3L’s application will be heard by the CVRD board in April, as they consider whether or not a change to the growth strategy would be a “major or minor amendment”.

A decision on the amendment is coming in April.