Fraser to meet with UBID about drinking water protection 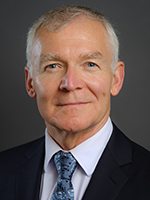 A photo of MLA Scott Fraser, sourced from the provincial government.

UNION BAY, B.C- Scott Fraser is getting involved in the protection of Langley Lake.

The body of water serves as the source of drinking water for the Union Bay Improvement District (UBID).

Trustees and residents have been publicly voicing opposition to the plan, and a letter-writing campaign had been undertaken for the area’s MLA, Scott Fraser.

He has now issued a statement that touches on the issue.

“I’ve spent my career in politics fighting for clean water, sustainable forests, and habitats for wildlife and for future generations of British Columbians to enjoy,” said Fraser, in the release.

“We want to make sure any logging on private lands follow regulations set out in the Private Managed Forest Land Act and the Drinking Water Protection Act. I plan on meeting with the Union Bay Improvement District to discuss how we protect their drinking water supply.”

Fraser also stated he was working with the Ministry of Forests, Lands, and Natural Resource Operations on the logging near the lake, as well as other operations throughout Vancouver Island.

“I will work with Island Timberlands on how they can ensure their logging doesn’t have a negative impact on the clean drinking water that hundreds of families rely on,” said Fraser.

A clear timeline on when he plans on meeting with the UBID was not included in the statement.