Wilkinson elected leader of BC Liberals 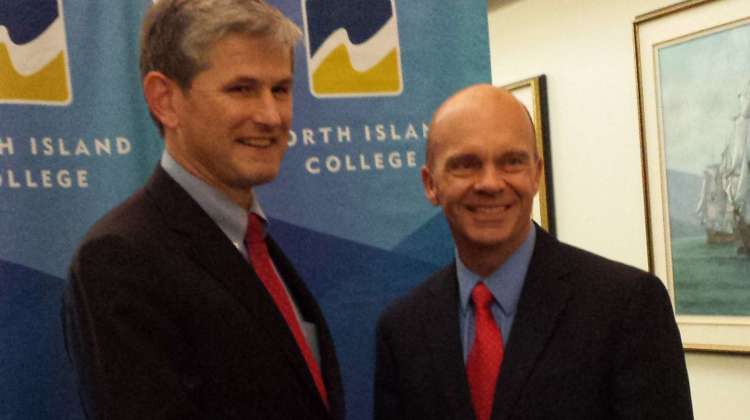 New BC Liberal Leader Andrew Wilkinson with NIC President John Bowman at an event in 2015. Photo by Justin Goulet/98.9 The Goat/Vista Radio.

VANCOUVER, B.C.- The provincial Liberals have a new leader, and his name is Andrew Wilkinson.

At 60 years old, he was the oldest candidate in the race. and had caucus support from 13 MLAs.

One of his messages in his victory speech was to fight the upcoming referendum on electoral reform.

He also currently serves as the MLA for Vancouver-Quilchena.