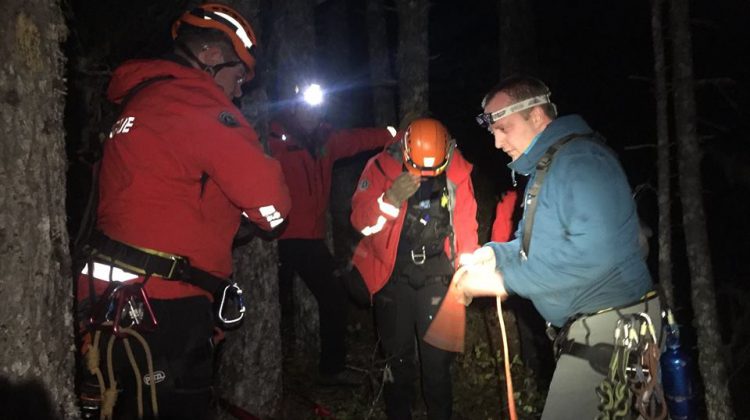 CUMBERLAND, BC- A rock climber was rescued at Comox Lake last night.

The female climber had repelled down a multi-pitch wall in the Comox Lake bluffs area, but soon realized that her rope was not long enough to reach the next set of anchors.

Comox Valley Ground Search and Rescue responded to the scene, after receiving a call from the local RCMP at around 7:30 p.m.

SAR member Gord Thompson was lowered down the rocky wall, and picked up the climber, then brought her to the ground below.

“She (the climber) was great, she was calm, and she was with a partner that called 911 and helped us get to the scene quickly and easily,” he said.

He said it was about an 80 metre descent to the ground below. Thompson offered some advice for outdoor enthusiasts following the incident.

“It’s still winter conditions out there, so be mindful of the weather. If you get stuck out in the dark, it can get really cold,” he advised.

The climber was in good health, and was released from the scene after an assessment by BC Ambulance.