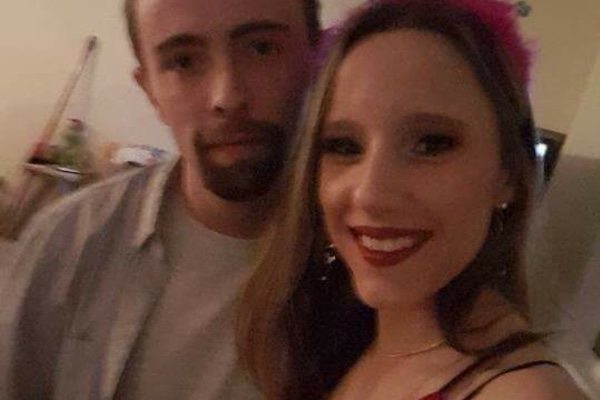 The crash was along the Old Island Highway in Courtenay. Shortly before noon on Thursday, a silver four-door car traveling northbound spun off the road, and hit a tree at high speeds. It had clipped another vehicle before the crash, which is believed to have led to the spin.

While police have not released the names of the pair, a family friend of Brennan Bourque, the man injured in the crash, has confirmed both his identity and that of his girlfriend, Emily Ferreira.

Both lived in Courtenay, and were on their way to a new apartment at the time of the incident, according to Shelby Paul, who spoke with 98.9 The Goat on Monday morning.

Paul indicated that Bourque and Ferreira are now in separate hospitals, with Bourque in a medical coma in Victoria and Ferreira being sent to Vancouver for further treatment. She also said that Bourque’s family has been with him every day since the crash.

Doctor’s have been trying to wake him up, but as of this publication he remains in a coma.

“There is no way of telling if he is going to have any brain activity at all, or if he’ll wake up and just be totally fine,” said Paul.

“Until he can open his eyes, and follow some commands from the doctors, we don’t know anything.”

98.9 The Goat has reached out to Ferriria’s family for an update on her condition, and we have yet to hear back.

Two GoFundMe accounts have been created to help defray the costs of travel, meals, and accommodations for the families while treatment continues. According to Paul, Bourque’s family members have been missing work to be with him in Victoria.

“They’re missing work, none of us can really afford to be down here, hotels are starting to get expensive, food and everything,” said Paul.

“We just needed some extra support there.”

The other goal of the GoFundMe was to raise money to help pay for the couple’s new apartment.

“They had to bail on it of course, so we don’t want to leave that family in the dust, without receiving any kind of payment for their first month’s rent,” said Paul.

“We’re trying to help out as much as we can with all of their expenses, with everything that’s going on.”

A link to the GoFundMe’s for Bourque and Ferreira can be found here:

“Even just the smallest bit would help,” said Paul.

NOTE: An earlier version of this story contained a link to a GoFundMe account that is not endorsed by either the Bourque or Ferreira families. This story has been updated with the correct links.