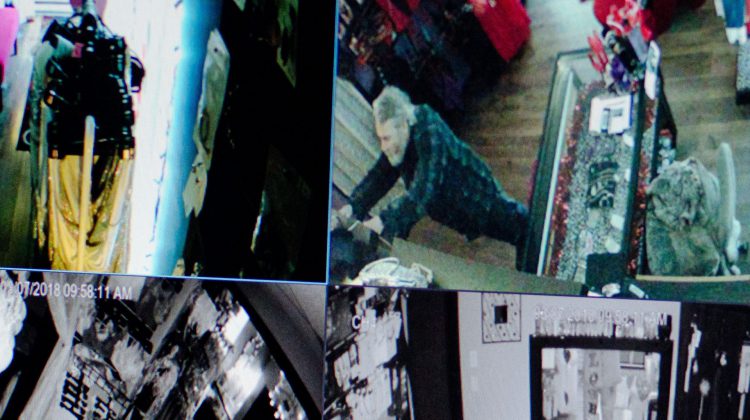 For the second time in three months, the store has been broken into.

The first time in early January, the man came in looking for a particularly large sex toy he had previously been looking to buy.

He didn’t find what he was looking for, instead leaving with the second-largest option.

The store’s owner, Janel Debalinhard, later offered a reward for the object’s safe (and unused) return. The man was later apprehended by police and charged.

The same man returned to the scene earlier this week. At 2:30 a.m. on Tuesday morning this week, Debalinhard was alerted to a break-in at her business, which sent alarms on-site ringing.

“He came in, and did a little purse gazing, a little bra touching, and off he went, because the alarms were going off,” said Debalinhard.

As for the whole sequence of events, Debalinhard thought the situation was “crazy”.

“I think he needs to find something else to do with his spare time, (instead of) picking on my store,” said Debalinhard.

“His life is only going to get worse if he keeps doing it.”

According to her, the stolen sex toy was never returned.

“Thank God, I don’t want it back,” said Debalinhard.

“I have no idea if he’s single, has a girlfriend, if it’s sitting on his fireplace right now, I don’t know. It’d be nice to know at this point, because it’s starting to get a little bit creepy.”

She wanted to tell residents of the Valley, to watch for “red flags”.

“If you think something is going on, it probably is,” she said.

The accused in both break ins, 71 year old Stephen Cooke, had a bail hearing for the latest break and enter on Thursday afternoon. He was remanded into custody, and will be undergoing a mental health assessment. His next court date is April 5, in Courtenay.

He had no prior criminal record.