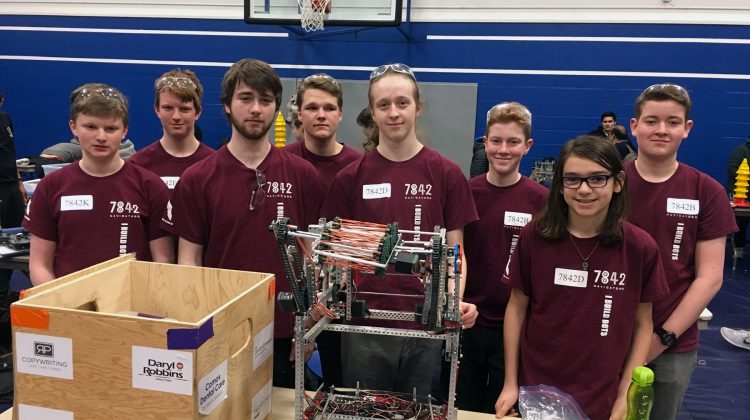 COURTENAY, B.C. – The North Island Distance Education School has not one, but two teams that are headed off to Kentucky for a big championship.

The 7842 NIDES VEX robotics teams B and F, comprised of students from Navigate/NIDES, recently competed at the provincial championship in Delta, along with teams D and K.

Team B made it to the finals, while Team F received high scores in judged driving and programming runs. That feat earned them a spot at worlds.

“This isn’t our first time competing at Worlds, but I think the fact that two of our teams qualified this year is testament to the incredibly deep talent pool in our student community,” said team coach Stew Savard, in a release.

““Both in our local area and, really, across B.C., I’m confident that our up-and-coming generation is going to be poised to achieve tremendous success in tomorrow’s economy.”

The release states that Navigate/NIDES teams are the only robot teams in British Columbia that operate from different locations. Navigate/NIDES has teams in Nanaimo, Powell River and the Comox Valley.

The NIDES team continues to fundraise to get to worlds. They’re accepting returnables at the Comox Return Centre before Friday, March 30th. Those can be donated to the account Robotics NIDES #278.

Online donations to the team can also be made through a GoFundMe page at this link.