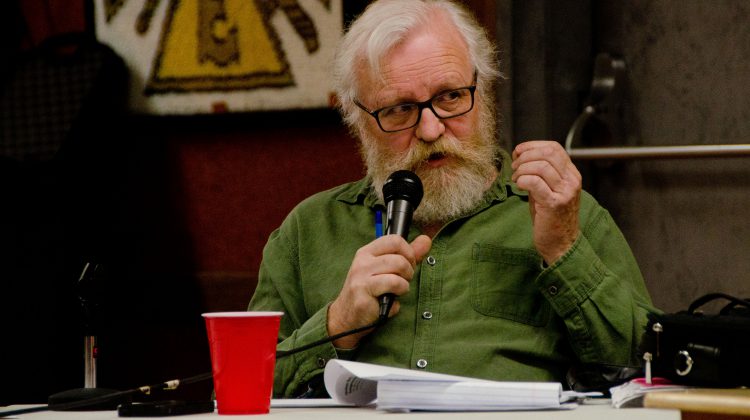 Elliott, who serves on the trustee board of the Union Bay Improvement District (UBID), previously spoke about his concerns about the district’s drinking water source possibly having logging activity conducted on it’s shoreline.

The area’s water system draws from Langley Lake. Logging company Island Timberlands owns the land around the lake, and had been planning on cutting close to the water this year.

However, the plan caused outcry from residents and the UBID, which now appears to have stopped the cutting, after the company verbally agreed to delay until 2019.

At the time of the announcement of the delay, the agreement wasn’t in writing, and UBID Chair Peter Jacques said he was waiting to hear back from the company on the matter. As of the trustee meeting on March 22, the agreement was confirmed to still not be in writing.

Elliott wasn’t happy with that state of affairs.

“I would really like to see something in writing, because things can change,” said Elliott.

“The company’s perspective may change on the situation, particularly as pressure builds to halt the logging in the area. What I would really hate to see is someone in the company make the decision “well, we better do it while we can” sort of thing. I don’t think that’s going to happen, but just from a perspective of ensuring that we have time to properly assess the situation, I would really like to see something in writing.”

We’ve reached out to Island Timberlands for comment on the matter.