Province to spray north Courtenay neighbourhood for gypsy moths in May 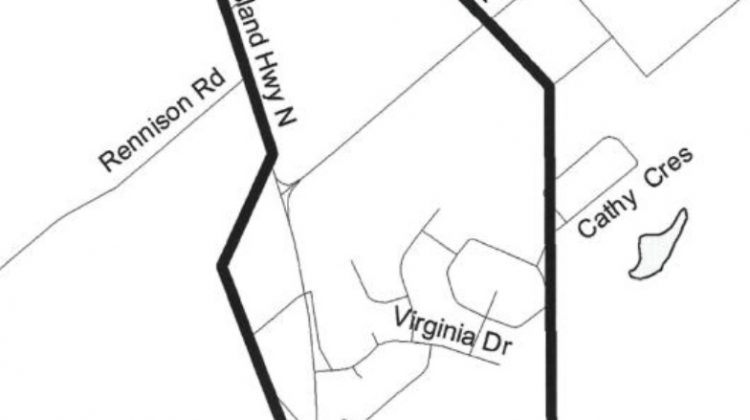 The planned treatment area. Image sourced from the provincial announcement.

VICTORIA, B.C- Courtenay will be getting sprayed for insects next month.

According to an announcement from the province, a growing population of gypsy moths in the area is going to be eradicated, starting next month. The insects, which pose a threat to farms, orchards, forests, and trees, are going to be subject to aerial spraying of Foray 48B.

Monitoring and trapping found a growing population of the bugs in the treatment area, which is four kilometres north of the city centre along the Old Island Highway. A map of the area is attached to this article.

“If left untreated, the moth could spread to new areas of the province through vehicles, containers, rail cars and marine vessels,” read the provincial release.

“It could lead to quarantines, which would impact agricultural and horticultural businesses in the area.”

Four applications of Foray are planned from May until June 30, 2018.

“Foray 48B is used in organic farming,” read the release.

“It contains Bacillus thuringiensis var kurstaki (Btk). Btk has been approved for the control of gypsy moth larvae in Canada since 1961. Btk is naturally present in urban, forest and agricultural soils throughout the province. It does not harm humans, mammals, birds, fish, plants, reptiles, amphibians, bees or other insects, and only affects caterpillars after they have ingested it.”

Treatment dates are weather-dependent, and will be advertised closer to the first application date.