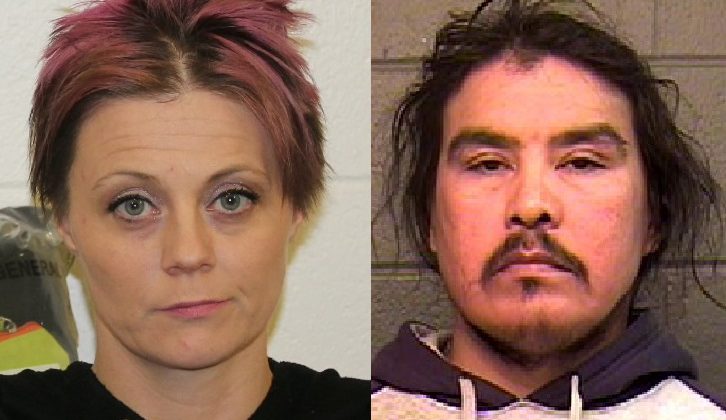 Chrissey Lea Adams and James Scott Standing-Ribbon are pictured in a combined photo.

The pair are detailed in two mugshots released by the local detachment on Tuesday afternoon. The first is Chrissey Lea Adams, a 37 year old woman. She stands five feet and one inch tall, and weighs 135 pounds.

She has brown hair, and blue eyes. She’s wanted on charges of taking a vehicle without consent, and identity theft.

The second is James Scott Standing-Ribbon, a 47 year old man. He stands six feet tall, and weighs 200 pounds. He has brown hair, and brown eyes.

He’s wanted for a break of probation.

If anyone has any information on the location of either person, they’re asked to contact the Comox Valley RCMP.