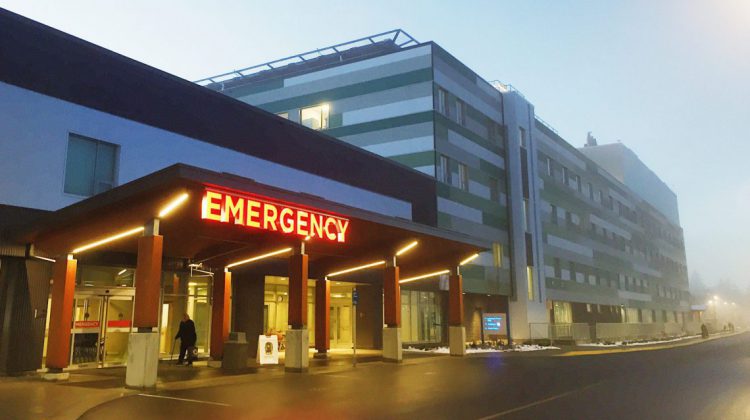 MacNeil, who serves as the President and CEO of Island Health, was in the Valley on Thursday for a meeting of the health authourity’s governing board. The meeting included a public forum, which included presentations from organizations in the area, including Elders in Action, a senior’s advocacy group.

Group member Jennifer Pass spoke during the forum, which was held at the Crown Isle Resort on Thursday afternoon. Pass detailed two separate incidents of seniors not having their medical issues taken seriously by medical staff, and brought up her own hospital experiences when it came to the cleanliness of the facility.

MacNeil heard Pass’s presentation, and later told reporters she hadn’t heard of anything similar to it before.

“I will be going back to make sure we haven’t seen an increase related to the hospitals in the North Island,” said MacNeil.

“It hasn’t been raised. The data doesn’t show that there’s been a blip, through the Patient Care Quality Office, but we need to again, do a deeper dive there and make sure we haven’t missed anything. It was very disappointing to hear that that was the experience, in terms of the bias that was experienced by the people who shared their story today.”

MacNeil also stopped by the hospital in the Valley during her visit, and spoke with staff about the challenges that have been impacting the site.

In recent days, the Hospital Employee’s Union has been publicly criticizing operations at the facility, with a focus on the site being overcapacity and understaffed. According to MacNeil, the spike in patients wasn’t anticipated by Island Health.

“We’re wondering about that too,” said MacNeil.

Issues about food access after hours and staff levels were also raised to MacNeil at the hospital. While she said she thought all the issues were true, she believed they would eventually go away.

“We’re still in that stabilization phase, and probably will be in it for a while longer,” said MacNeil.

“We as Island Health need to make sure we’re addressing those concerns and have some shorter term interventions that will matter to the staff and to patients.”

According to her, staff at the Comox Valley hospital will be encouraged to mobilize on the local level to find solutions, without having to seek approval higher up the chain of authourity in Island Health.

“We want to enable you (staff) to take those actions and do what you need to do without having to follow a whole lot of the normal decision making processes that are related to how we work in healthcare,” said MacNeil.

“That is one of the immediate actions.”

She also indicated that Island Health will be looking for additional capacity in long term care centres in order to “buy space” while the health agency works to expand capacity in the North Island.