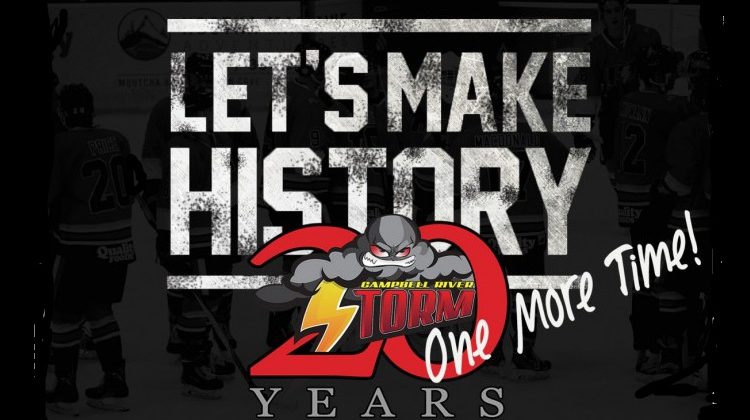 SAANICH, B.C. – Their backs were against the wall, but the Campbell River Storm pulled together on the road to force a deciding game seven in the VIJHL finals.

In Saanich last night, at the George Pearkes Arena, the visiting team started things off early, with a first period goal from Kyle Kaufmann.

Dawson Frank scored at the 14:18 mark of the second period. Going into the final frame, Campbell River held a 2-0 lead.

The third period was all Storm dominance, with goals from Brett Kinley and an unassisted goal by Davis Frank at the 13:37 mark.

When the final buzzer rang, the Storm left the ice with a 4-0 win and a series tied at three games apiece.

The deciding game seven of the VIJHL finals is this evening at 5:00 PM at the Rob Brind’Amour Arena in Campbell River.