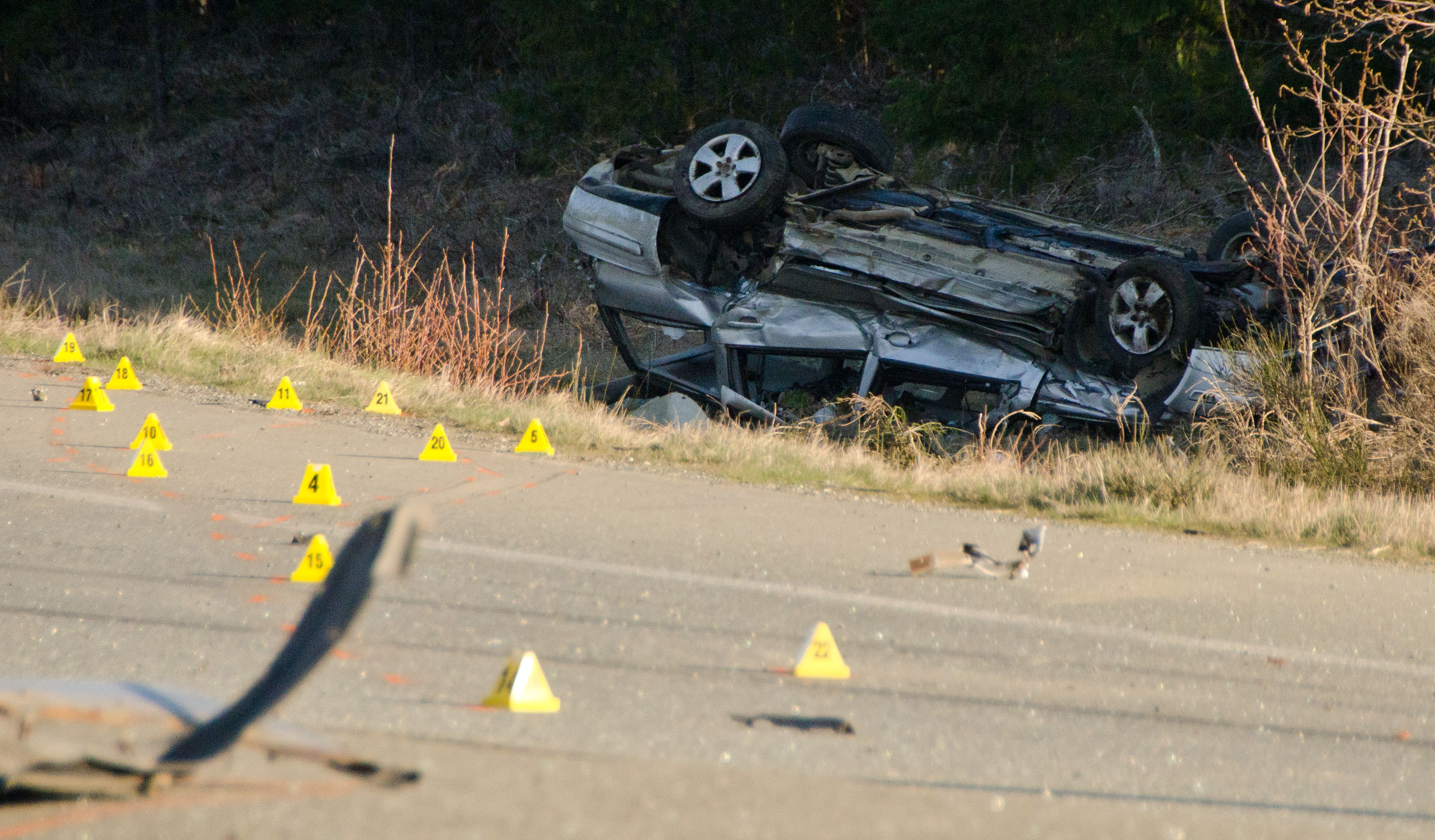 UPDATE: The man who was hit in this morning’s collision has passed away, and the female driver of the pickup is in custody. For more details: https://bit.ly/2IoOPM7.

CAMPBELL RIVER, B.C- Police are looking for a damaged pickup truck after a major crash on the Inland Island Highway.

According to Constable David Dormuth with North Island Traffic Services, first responders were called to the intersection of Jubilee Parkway and Highway 19 around 5:45 a.m. on Monday morning.

When they arrived, they found a silver Volkswagen SUV flipped upside down in the ditch, 75 to 80 metres away from the intersection in the northbound lane.

Dormuth said that the SUV appeared to have been struck by a vehicle that had been passing through the intersection onto Jubilee, either by making a turn from the southbound lanes or straight through from the airport.

It’s believed to have been an older model grey Toyota pickup.

However, that remains unconfirmed by police, due to the other driver fleeing the scene.

A witness saw a vehicle with severe frontal damage parked on Jubilee shortly after the crash. It took off before police arrived.

The driver of the SUV has been taken to hospital with life-threatening injuries, and Dormuth said he could be airlifted to Victoria for further care. No other description has been provided for the injured driver at this time.

As for the driver of the damaged pickup, Dormuth encouraged anyone with information to contact the RCMP if they see a vehicle that matches the description. He also said that fleeing the scene was uncommon.

“It does happen once in a while, it’s extremely upsetting that they don’t stick around to suffer the consequences,” said Dormuth.

“That’s what we have to look at, why did they not stick around? There are several things that come to mind, but we’re still early in the investigation.”

No other injuries were reported from the scene at this time. Police are contacting area hospitals in an effort to find the other driver.