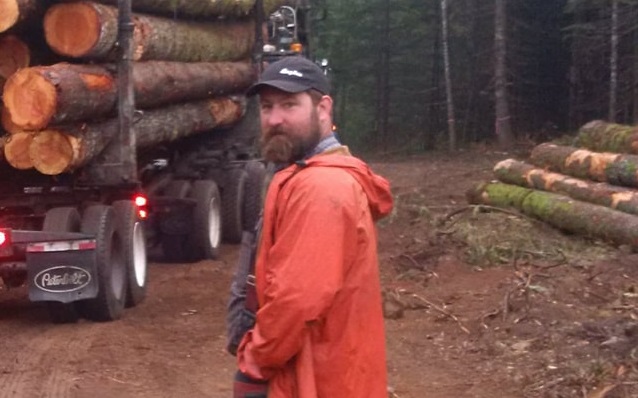 MERVILLE, B.C- Ranchers and farmers in Merville are grieving the loss of a local man this week.

Early Monday morning, a crash took place near Campbell River on Highway 19. A silver Volkswagen was struck and sent flying into a ditch, while the other vehicle left the scene, according to police. A 41-year old Oyster River woman was later taken into custody along Fearon Road, with charges still pending.

The driver of the Volkswagen, 39 year old Chris Pys, succumbed to his injuries in Campbell River’s hospital.

With Pys’s sudden passing, a hole has been left in the community.

According to Brad Chappell, an area rancher and close friend of Pys, he and his fiancée had been set to get married in July after 21 years and two kids.

“Chris was the kind of guy that if you met him once, you’d remember that meeting your entire life, he was a special kind of person,” said Chappell.

“He was a fabulous father, he was a dedicated and loving husband, and more than anything Chris counted wealth by family and friends. He truly lived that way. That’s the kind of guy he was.”

Chappell said that Pys’s family is absolutely devastated by the loss, as was he.

He also wanted to thank the community for their respect, empathy, and sympathy for the family, as well as their assistance in letting others know about the other driver.

“All things being equal, sometimes social media can be a negative influence,” said Chappell.

“In this case, I think it was a real positive influence, because of Chris’s great expanse of friends and family and people around the entire Valley know him.”

He also indicated that Pys’s family had long ties to the area.

“This is a Comox Valley family,” said Chappell.

“Chris was a logger, he was a faller, and a cattle rancher, and we’re all very connected into our agricultural community here. This is where we’re from, the Headquarters, Merville area. We call it the county, and the way we all see it (is that) the world lost a great person, and the county is different today.”

The identity of the Oyster River woman has not yet been released by police, and charges remain pending at the time of this publication.