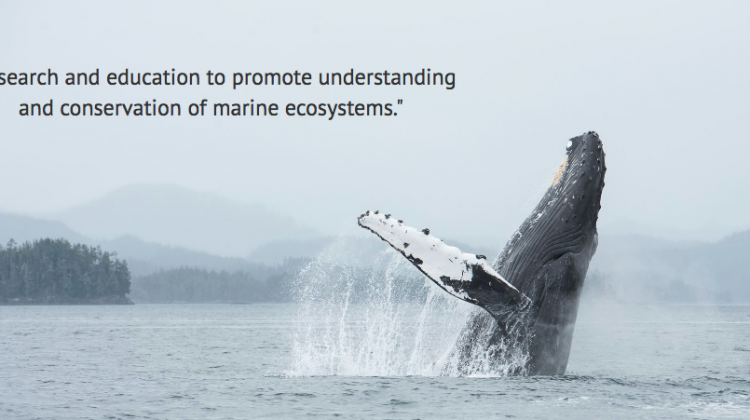 PORT HARDY, B.C. – The Marine Education and Research Society is getting set to wrap up its 2018 online auction.

Humpback whale researcher and Education and Communications Director for the Society, Jackie Hildering, said funds raised will go towards the group’s operating costs and projects they have in the works.

“The key thing that I hope to come out of this is that people see what they can do to reduce risks to whales and themselves,” she said.

The society is based on northern Vancouver Island and was incorporated in 2010.

“We have responded to the increase in humpback whales on British Columbia’s coast and they are a game-changer for boaters,” she said.

“What we do is everything from understanding how they use an area, how often they come back, how they feed but also, what is absolutely essential, looking at entanglement and how to reduce the rate of entanglement, because it’s shocking.”

She said one in two humpbacks has been entangled and survived.

“How many actually get entangled and die? We don’t know,” she said.

She explained they also educate boaters about the habits of humpbacks and how to avoid collisions with the whales, who act much differently than other marine life.

“Humpbacks are so very different compared to the whales that most boaters are used to. They are highly unpredictable and can surface at any time,” she said.

“It’s a very serious issue for both whale safety and boater safety.”

She said collisions and accidents involving boaters and whales occur due to a lack of education.

“Most boaters are used to orcas, which are usually on the surface going in one direction,” she said.

“Humpbacks do not have bio-sonar, they can be absolutely oblivious of boats, they are way bigger, are really unpredictable and as a result, we have a campaign called ‘see a blow, go slow’ and that’s one of the key points to realize that humpbacks are out there. Look out for blows and decrease speed when you see them.”

She advised boaters to watch out for bird activity, as well. If you see a lot of birds, that could mean there is food in that area, which could attract whales.

“This is the number that lets the government know that there are issues they can respond to, but also if the incidents are not reported, than it’s as if there is no problem and I think as we all know, those of us on the water, there are (many) problems regarding boats interacting with whales.”

She said the group collects data on individual humpbacks, thanks to submissions by residents across the coast.

“What we do province-wide is we try to get signs into key locations so people know how to reduce risks, what to do and what not to do in case you see an entangled whale,” she said.

The society also hosts educational talks on water safety. For more information on what the group does, go to www.mersociety.org.

To get involved with the society’s 2018 auction, visit www.mersociety.org/auction. The auction closes at 7:00 p.m. tonight.