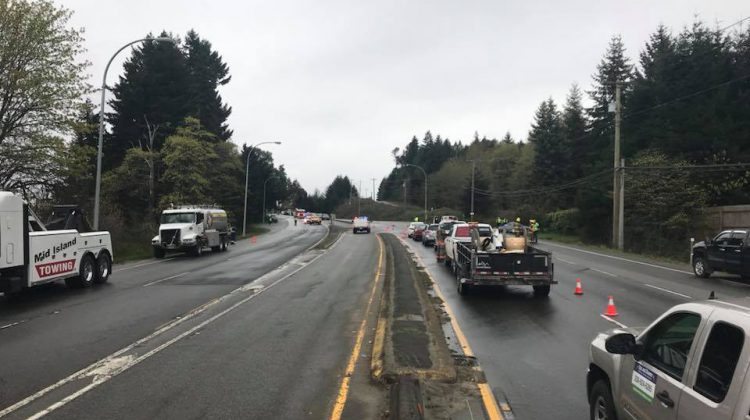 Update: The BC Coroner’s Service has confirmed it was called down to the scene. No further details have been provided.

The incident was reported by Drive BC to have happened about three kilometres south of the intersection with Northwest Bay Road in Nanoose Bay.

A stretch of the highway was shut down, but has since reopened.

No further official details, including the vehicles involved, have been released. Additional information will be added to this report as it becomes available.