No injuries after vacant building burns along Cliffe Avenue 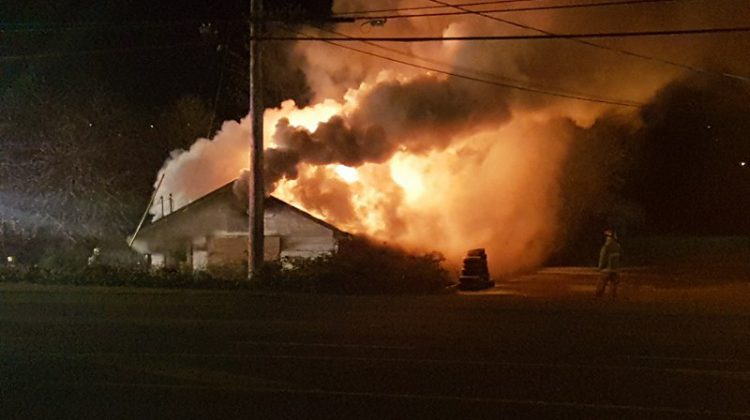 A vacant building burns in Courtenay on the night of April 23, 2018. Photo courtesy of Stephanie Guthrie.

COURTENAY, B.C- An abandoned structure near the Courtenay Airpark went up in flames last night.

According to the Courtenay Fire Department, there were no occupants of the building at the time, and no injuries were reported. The structure was in the back parking lot of a former Thai restaurant, which also is abandoned.

No clear cause is known at this time, and the fire appears to have dealt major damage to the back side of the building, as well as it’s interior. 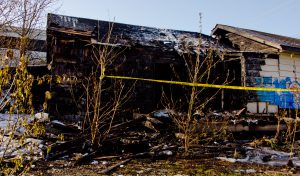 The damaged structure behind tape on the morning of April 24, 2018. Photo by James Wood/98.9 The Goat/Vista Radio

Firefighters were clear of the scene by 8:00 a.m.