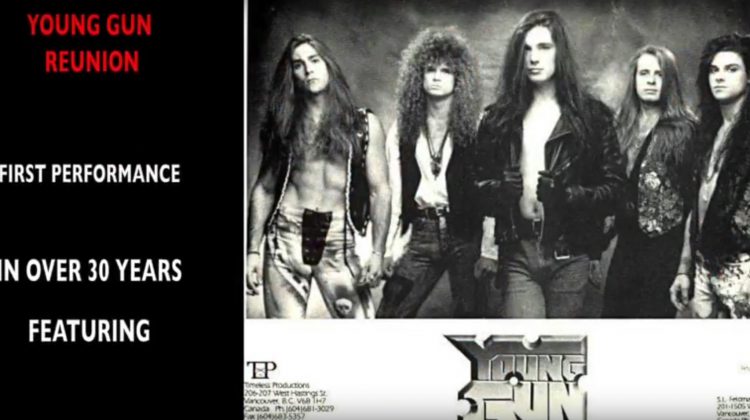 A still image from a promotional video for the event.

COMOX, B.C- Young Gun is coming back to the Comox Valley.

On June 9, a concert featuring the reunited band will be taking place at Marina Park in Comox, as part of the first-ever “Comox Valley Rocks for Kids!” concert. The producer of the event, Courtenay native two-time Juno award winner Brian Howes, will also be performing with Young Gun, along with an array of 80’s tribute bands.

It’s being held in support of the Comox Valley Child Development Association.

“It’s been a long time since the Comox Valley rocked so what better way to do it than with Comox Valley Rocks for Kids!” said Howes, in a news release.

“Rock n’ roll has taken me all over the world now it’s time to bring the rock back home.”

Brian Howes, as well as the below bands, will be featured during the concert:

-“Classic Rock” as Ken and Deb

-“All Fired Up” as Pat Benatar

-“Eagle Eyes” as The Eagles

Comox Valley Rocks for Kids! will take place during the 12th annual BC Seafood Festival, being held in the Comox Valley from June 8–17, 2018.

Tickets are now on sale and available at www.cvrocksforkids.com.