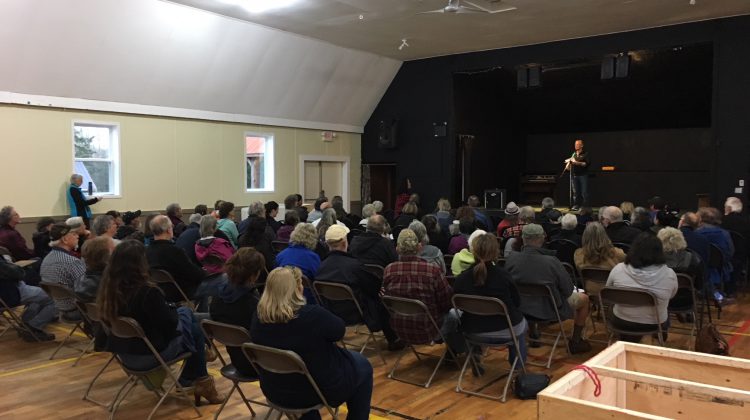 MERVILLE, B.C- An agriculture group based in the Comox Valley doesn’t want a bottling operation in the area.

According to Arzeena Hamir, the president of the Mid-Island Farmers Institute, the group is asking the Comox Valley Regional District (CVRD) to deny a rezoning proposal along Sackville Road in Merville.

The proposal was brought forward by a couple along the road, who are looking to develop a water bottling business in the area. The idea has been met with opposition from many in the community, with the province eventually planning to bring in more data to show the basis on their decision to approve the bottling operation.

The CVRD would need to agree to the rezoning proposal in order for the business to go ahead.

Hamir said the farmer’s group is looking to have the province rescind the bottling approval, as well as stop the CVRD rezoning, and mentioned many of the members already access the aquifer for their farming operations.

“I think we have the social license to do that,” said Hamir.

“We’ve heard over and over again how important local food is, so we use our water wisely, we have strip systems, and we conserve our water. When a license was issued to pump water for sale, that certainly irked many of our members, and we heard from them quite strongly.”

Overall, Hamir said the selling of water wasn’t something they wanted to see on Vancouver Island, and there were issues with a lack of consultation from the province prior to the approval of the license.

“Right now, our beef is not with the individual applicant, it’s with the process that happened with how that ministry allowed that license to happen,” said Hamir.

“The license is there, we’ve asked that it be rescinded, and a moratorium be put in place so that no more applications can take place in any region that is reliant on aquifer (water) for drinking and agriculture.”

Hamir believed the farmer’s group had the support of the majority of the public in their stance.

“I think the regional district is hearing this loud and clear.”