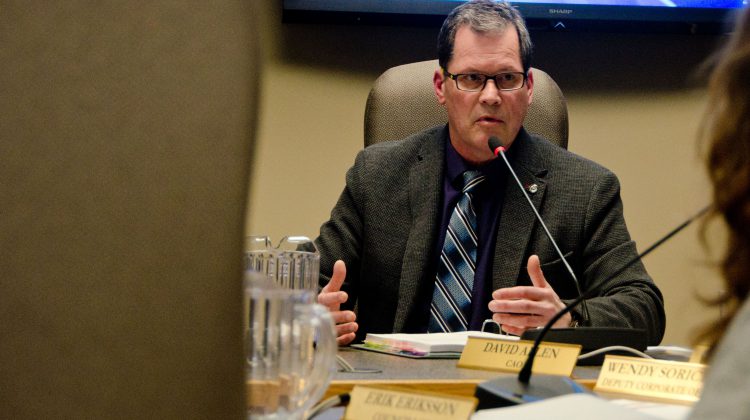 COURTENAY, B.C- Taxes for two classes of properties in Courtenay will be changing this year.

During their latest meeting on Monday evening, city council was presented with a request from municipal staff to adjust the multiplier that affects residential and commercial property tax rates, in order to balance out the tax burden equally among both groups.

The original increase in rate approved by council for the part of the budget filled by property taxes in 2018 was set at 1.5 per cent, after several meetings and debate over the budget.

The change approved by council last night will see that rate go from 1.5 per cent to 2.83 per cent, for Class 1 residential properties and Class 6 commercial properties, which make up the majority of properties in the city.

“The property tax increase for an average Class 1 residential property, valued at $374,000, is estimated to increase by 2.83% or $35.27 for the municipal portion of the tax notice,” read part of the council agenda.

With the change, the forecasted tax bill for average residences, with all municipal fees combined, is expected to be $138.36, with other authourities expected to ask for around $98.

The decision to change the rates passed the council chamber with three readings, with Courtenay mayor Larry Jangula being the only dissenting vote.

David Allen, Courtenay’s CAO, told 98.9 The Goat that the changes will mean an average assessed commercial property would see a reduction in overall taxes including utilities and other authorities such as schools and the regional hospital district, and clarified that the overall city budget was not going up by 2.83 per cent.

“I don’t want the public to get confused about the city’s budget going up by 2.83 per cent, that’s not what’s happening,” said Allen.

He also said that municipal staff are hoping to move the budget process to an earlier part of the year, with a budget introduced in December instead of the following year.

The bylaw on the rates is expected to be finalized next week.