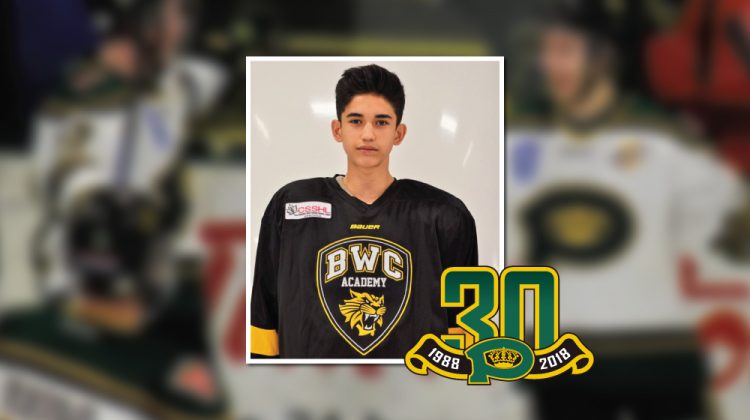 POWELL RIVER, B.C. – The Powell River Kings have signed a new player for next season.

The 6 foot 2 blue-liner from New Westminster played 34 games for Burnaby last season. He scored seven goals and dished out 21 assists.

He also earned some BCHL experience, suiting up for the Prince George Spruce Kings in a game against the Langley Rivermen.

“Coming out of my season this year, I wasn’t really sure where I was going,” he said in a release from the team.

“To get it done with Powell River is very exciting, they had a good run last year and it wasn’t a hard decision to
choose Powell River.”

Wozney will join the team ahead of their Main Camp in August.

“It’s a big jump to the BCHL so I’m just focused on getting better to be able to make that jump. It was good to see how I stack up against those guys (when AP’d with Prince George), I could see how big the guys were, how fast everything was so this off-season is all about getting bigger, stronger, faster.”

“We’re excited to get Ben for this season. He’s got a good skill set with his size and his skating, there’s a lot to work with there,” said Kuntz in the team release.

“He always plays with his head up, he’s an intelligent player and the biggest thing is that he wants to be a hockey player, not just the idea of being a hockey player. There’s a big difference.”

The Powell River Kings have their Spring Camp May 11th to 13th in Kamloops. Registration information can be found at powellriverkings.com/2018springcamp.