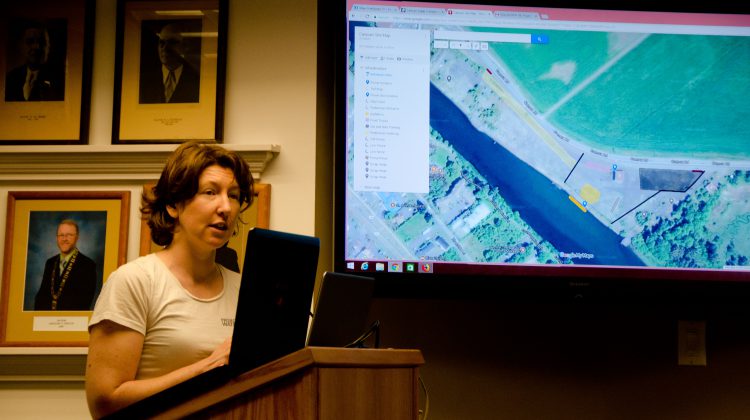 COURTENAY, B.C- A local non-profit wants to bring a unique concert to the Comox Valley.

On May 7, Project Watershed appeared before Courtenay city council to ask about the city’s possible support of a show called Nomadic Tempest, put on by the Caravan Stage Company.

The event, according to the details brought forward by the group, will consist of a concert performed on a replica tall ship anchored in front of the Kus-kus-sum site, along the steel wall near the middle of the former sawmill. A rough outline of the event.

According to the show details given to council, Project Watershed has reached out to the Canadian Coast Guard, Fisheries and Oceans Canada, the Ministry of Transportation, the RCMP, the Comox Harbour Authourity, and the City of Courtenay.

“They are supportive of it,” read the document.

During their presentation, the group asked council for the municipal government to consider promoting the show as part of the week of celebrations leading up to Canada Day. $2,500 of funding, donation of a site clean up, temporary fencing set up, rental of temporary washrooms, and electrician time were also asked for.

Council discussed the matter, and agreed to forward it over to municipal staff for a report prior to making a decision. According to Caila Holbrook, Project Watershed’s Manager of Fundraising, Outreach and Mapping, the group was excited to make their case.

She believed it would bring a sense of reality to restoring the former mill site to natural habitat.

“It’s pretty awe-inspiring when you stand there, and there is all this cement around, 8.3 acres of it, and to think that that could be habitat, right next to some of the most productive salmon habitat in our estuary, Hollyhock Flats,” said Holbrook.

“I think it will really open peoples eyes.”

As for how the community fundraising is going for Project Watershed, Holbrook said it was “swimming along”.

A gap of $50,000 is still present, with the deadline for the group’s local fundraising set at June 30.

Council will likely make their decision on supporting the Nomadic Tempest show later on in the month.